How, you might ask dear reader, do the scablands of eastern Washington relate to the Antarctic ice sheet?

Two stories from different centuries crossed my desk this morning. They don’t seem to be related but they do point us to a Truth.

That may not be entirely correct.

“A new NASA study says that an increase in Antarctic snow accumulation that began 10,000 years ago is currently adding enough ice to the continent to outweigh the increased losses from its thinning glaciers.”

Really? NASA’s research challenges settled science of most other studies that show Antarctica is losing land ice at a mind-boggling rate. The Intergovernmental Panel on Climate Change (IPCC) latched onto that factoid in their 2013 report without considering that it might not tell the whole story.

Now that the IPCC science is settled, no further reports are required.

In fact, the Washington Post last year opined that “A key climate change icon has reversed its warming trend, at least temporarily. … has been cooling, but that doesn’t disprove global warming…” (Jul 20, 2016)

There ya go. Since the net gain of Antarctic ice slowed to 82 billion tons of ice per year between 2003 and 2008, now we know why the global warming^H^H cooling^H^H climate change community can say Antarctica is melting.

Well, they can say that except for this little quibble about the facts.

Part II: Many geologists believed that the strange topography of eastern Washington State showed “geological change,” formed gradually and uniformly over thousands of years. They had no doubt.

The National Geographic reported about the Channeled Scablands, “The only possible explanation for the all the region’s features was a massive flood, perhaps the largest in the Earth’s history — ‘a debacle which swept the Columbia Plateau,’ ripping soil and rock from the landscape, carving canyons and cataracts in a matter of days. ‘All other hypotheses meet fatal objections,’ [Harley Bretz] wrote in a 1923 paper.”

The Flood-deniers, the geologists of the day. vehemently denied the Bretz theory. Dr. Bretz did thorough research including actually visiting the channeled scablands but the other geologists called his ideas not just “wholly inadequate” but “preposterous” and “incompetent.”

That’s a good story by itself.

The Geological Society of America did finally recognize Dr. Bretz’s theory. He received the Penrose Medal in 1979 but the story doesn’t end there.

Richard Waitt, a geologist with the USGS, explored the Walla Walla valley in southern Washington in 1977. He discovered that one of 40 sediment layers there contained ash from an eruption of Mt. St. Helens.

“I knew right away that there couldn’t have been just one flood,” Waitt said.

More than one flood? Why, that contradicts Dr. Bretz’s settled science!

When Mr. Waitt published his findings in 1980 that there had been at least 40 ice-age floods in the scablands, he faced such stiff resistance that he felt like Dr. Bretz himself. “Baker and his students were totally against it for years,” he said.

The science is settled, baby!

As Glenn Hodges found in the National Geographic article, “Because scientists are first and foremost human beings, they’re loathe to change their theories or their minds because of mere data…”

But it ain’t right, either. Mayday! Mayday!

In the “Robot Sadism” episode of Science Friday, associate producer Christie Taylor went to JPL to find out how to build a wheel that lasts.

In 2013, rover operators had noticed a gaping hole in Curiosity’s left front wheel as it moved across the Mars landscape. After some investigation, they realized “it wasn’t just one little mishap that caused a puncture or one particularly awful rock,” said engineer Patrick DeGrosse. “It was just the first symptom.”

Mr. DeGrosse is a member of the Tiger Team that tests copies of Curiosity’s wheels here on Earth.

In the Mars Yard, a not-even-football field-sized test track in Pasadena, a test rover demonstrated whether the wheels slip or get bogged down or can climb a rock. (Do click the pic to see.) “Physics equations can’t tell you any of that,” Ms. Taylor said about the myriad of tiny interactions with the surface of Mars.

“You don’t sit down at your computer and draw up the complexity of sand grains and rocks and what all those friction coefficients are and how they tumble over each other when a wheel hits them. We’re just not at that stage yet,” Mr. DeGrosse said.

And yet, the science is fixed! We can map the earth and the GPS in our car will always direct us to the next location!

The science is fixed! We can cure the common cold!

The science is fixed! The sun’s corona is millions of degrees hotter than the surface and we don’t yet know why.

The science is fixed! 70-95% or humans are right-handed but we still cannot describe why we use one hand instead of the other.

The science is fixed! The planet Saturn has a massive, continuous hurricane up near the pole. Earth’s hurricanes are powered by warm ocean and wind down as they hit land or cold water. Saturn has no oceans and is really cold. Huh.

The science isn’t wrong. But the political and lay interpreters ain’t right, either.

And that’s the lesson for today. 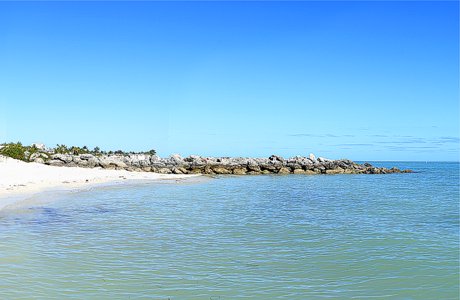 President Trump signed executive orders today reviving pipeline projects and TransCanada says it will reapply for Keystone XL. Mr. Trump also directed Federal agencies to approve that without delay — and told the agencies to expedite reviews and approvals for the remaining parts of the Dakota project.

The president also signed three other orders related to pipeline construction, including one expediting the environmental permitting process for infrastructure projects and one directing the Commerce Department to maximize the use of U.S. steel.

The moves have already sparked a new fight with the Far Green.

or Where I Think Government Should Spend Our Money

Let’s get something straight.
Climate Change is real.
Political Science is fake.

“Aides to the US president-elect, Donald Trump, … unveiled plans to remove the budget for climate change science currently used by NASA and other US federal agencies for projects such as examining Arctic changes, and to spend it instead on space exploration,” the Guardian reported.

It’s interesting news and I’m halfway to liking it.

I like funding more deep space exploration. That and the development of colonization technologies is where NASA should spend its money now. Let the Commercial Spaceflight Federation members do the near Earth orbit stuff. And, it sends a message to the scientific community that we won’t fund all the “me too” studies any more. That’s all to the good. Still, I don’t like losing the NASA satellites monitoring temperature, ice, clouds, and other meteorological phenomena because the data itself is crucial.

Salon and other drum beaters call it “Politicizing climate change.”

“Federal government scientists have been unnerved by Trump’s dismissal of climate science and are concerned that their work will be sidelined,” the Guardian reported.

Granted (heh), scientists who live from federal grant to federal grant like to know where their next meal will come from, but they make one important point. 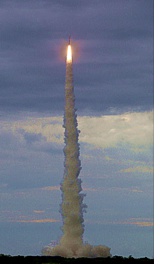 Last week, we learned that “evidence suggests the Earth underwent an ice age so cold that ice sheets not only capped the polar latitudes, but may have extended all the way to sea level near the equator” around 700 million years ago but that during the Paleocene-Eocene Thermal Maximum “the poles were free of ice caps, and palm trees and crocodiles lived above the Arctic Circle.”

We don’t have enough actual data from any of those times even to build trustworthy quantitative climate models.

That’s an inconvenient truth for the alarmists who have the hubris to sell you that the rising sea will cut off the land bridge across the modern day Bering Strait (but that their settled science will cure it if we humans just stop breathing, farting, heating, and start paying higher taxes).

Loss of contemporaneous data for planetary conditions today is also an inconvenient truth for the real scientists who know that having that data is the only way our human descendants two millennia from now will know what we experience today.

Where should our governments spend our money? Beyond the alphabetically obvious answer of public arts, public education, public infrastructure, and public security and social protection, man has some imperatives that are best handled together. Exploration tops the list.

Basic science and basic data gathering is one such area and is an arena that jumpstarts exploration as well as commercial applications. We don’t need a new detailed map of the human brain because brain mapping is already commercially viable and well funded by private business. We do need to cure cancer. The biomedical industrial complex treats profits from its high-budget care but has no financial incentive to find a cure. We don’t need to study the effects of cocaine on Japanese quail because that’s better done by the cartels. We do need to explore beyond the solar system and we do need to explore this little blue marble we live on.

Every program government funds can profit from the “commercialization” filter.

Global meteorological data. NASA may not be the best agency to interpret the findings but it is still the best agency to ferret it out for us. Pretty soon, we should examine that data for commercialization but, for today, it fits the basic data gathering filter and we need NASA to continue to record and store it.

We need that data so a future generation of researchers and scientists, unencumbered by politics and newspaper punditry, can build climate models that actually work.