On this day named for Laborers on which we do not Work, it is worth noting that politicians do not create jobs, no matter what they say.

Back in 2009 when she was still boss, Nancy Pelosi (D – CA) wrote about the final G.R.A.F.T. Act, “This legislation will jumpstart our economy, create and save 3.5 million jobs.” She used the phrase “create jobs” or “create really really outstanding jobs” 41 times.

The site michigan.gov trumpeted that, “Thanks to Governor Granholm’s 21st Century Jobs Fund, this new economy is actually taking shape… The first round of awards has already provided funding to 67 companies and projects, creating thousands of jobs…”

Michigan is closer to the truth. Politicians give away OPM to businesses that create jobs. “OPM” is “Other People’s Money,” something politicians think they have an infinite supply of and that We the [Other] People know is running out.

It is Labor Day and we are not laboring. Politicians will create no jobs today, either, but they will walk in parades and pretend they have. 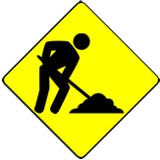 Some Americans are laboring.

Human chains of volunteers, of rescuers, of neighbors, and even the evil ExxonMobil, all came together in Texas this week. Christians and Jews, Buddhists and Muslims, atheists and Hindus, white and black, liberals and separatists, immigrants and indigenous peoples, even Democrats and Republicans all came together. No one cares about the color or creed of their rescuers. The human chain held.

My money is on Texas.

This column first appeared on Monday, September 7, 2009. I have updated it slightly, then Harvey added a twist.