I built a boat from scratch. I still want to build a camper the same way.

But good sense got the better of me (temporarily) and I bought one instead. 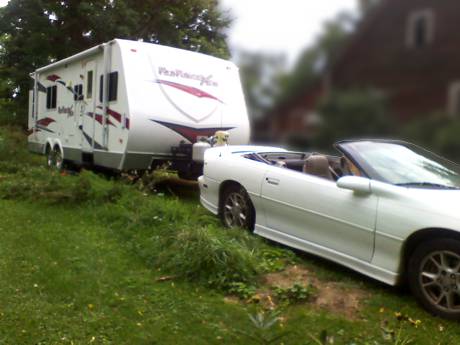 This is a “Fun Finder XT245” man cave. It has a ramp in the back, a door on the side, a galley with a stove and nuke, Dometic frig, head, shower, and a queen size bed. The good news is that it is just 9-feet tall and will weigh around 6,000 pounds fully loaded. The bad news is that it was necessary to make a few minor changes.

It has too many beds. Boats and campers should drink 8, eat 4, and sleep 2.
The master bed mattress sucks.
The folding couches (known as “gauchos” in the RV biz) get in the way of real furniture when they are down and the windows when they’re up.
I hit my head on the happy jack bed in the back.
It needs a desk for my computer monitors in the back.
It doesn’t have enough house batteries to run my freezer.

Real mattresses are a PITA to move around. I dragged/pulled/carried/humped the original mattress out of the camper and onto the wheelbarrow where it was not very well balanced. Carting it to the barn was easy peasy in comparison.

Three of the four bolts in the right-side gaucho zipped right out. The fourth, buried at the bottom of folding frame, did nothing but spin. I worked on that on and off for a few days.

I finally did get the bolt out of the gaucho and it fell off the wall just like it was supposed to. The retainer is indeed a plastic part about an inch long with a rusty tapped rod embedded in it. The rust part is not a good thing. I put the bolts back in with anti-seize.

The gaucho was a lot easier to handle out of the camper and carry up to the barn than the mattress.

I’m a tool guy, right? In the last 50 years, I’ve collected every possible tool I would need and inherited even more from my tool guy father and tool guy grandfather.

I bought a weight distributing hitch and discovered I didn’t have a big enough wrench.

Wait. I have weight!

We borrowed a queen-sized air mattress from a friend and forced our son to test drive it the other night. He reported it was fine so we tried it.

SWMBO was still awake when I came to bed. It was about 55°F outdoors by then but we had a blanket and should have been alright. The mattress seemed OK but it wasn’t. It was cold because it stayed at ambient so I suspect on a hot day it would be hot. The “tube” shaped surface didn’t seem uncomfortable but both of us felt as if we were angled pretty steeply to the side. I don’t know if it was SWMBO being awake or the discomfort that kept me awake but 45 minutes later it was obvious we weren’t getting to sleep so we moved inside to a real bed.

I bought, picked up, set up, and ran the generators. The manuals are in remarkably good English with professional diagrams. I stacked them and ran them in both “economy” and regular mode. They are indeed quiet enough to talk over even in regular mode while standing right beside them. I plugged in the trailer and ran the lights and radio and the microwave with no noticeable issues.

I am sorely disappointed though. It took three pulls to start one of them.

My black and gray tanks don’t seem too too full but I will take full advantage of having a dump station at the campground next weekend.

In the middle of all this, I’ve been buying slinkies and jack plates and chocks and dogbones and totes and all manner of goodies.

And, of course, adapting the battery box I built for the road trip last year to work in the camper.

The big task I have left is to install the battery box and wire it up. I’m presuming, of course, that it will work. We also need to put the replacement mattress in. I’ve never run the water heater or the furnace. I’ve also not run out the awning. And we need to figure out what food and clothes and sundries we’ll take.

We pull out Thursday morning, rain or shine. Check-in time at the campground is 2 p.m. but “If the site you reserved was not used the night before your arrival, it may be possible to occupy the site sooner, however that would need to be arranged with the park staff, contact the park to inquire” so I’ll need to do that, too. I want to get in around noon since we have a wedding rehearsal to attend at 3.

Since I haven’t taken any of my own, here are two shots of other people’s same-model campers.
The 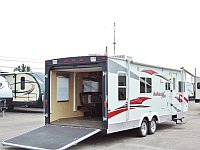 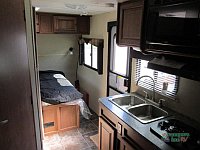 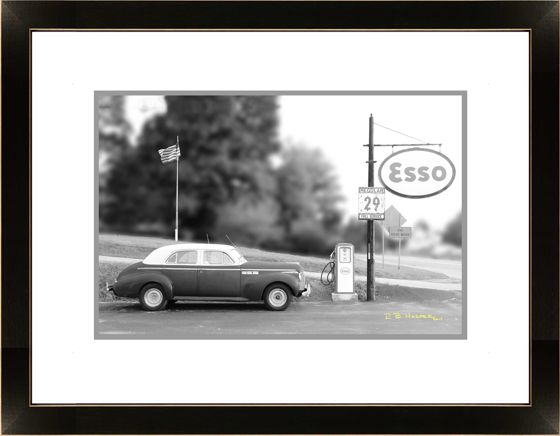 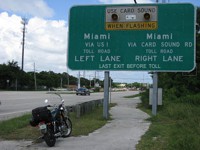 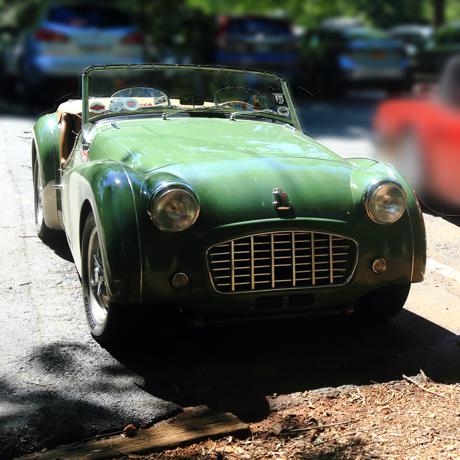 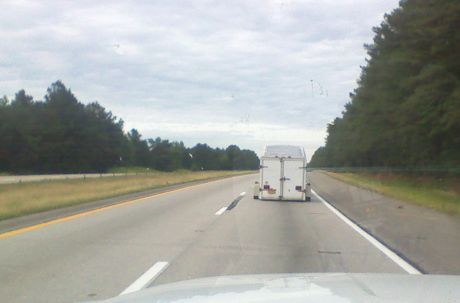