Sunday will be the 50th anniversary of the Detroit race riots.

“Gun battles raged in Detroit’s streets. Snipers clashed with National Guardsmen and police. Many residents huddled for safety in their homes, while others — both black and white — looted businesses. Many of the businesses were then set ablaze.

“The riots engulfed the city beginning July 23, 1967, and continued for five days — one of many to hit the U.S. that summer. The violence prompted President Lyndon Johnson to send in federal troops to quell the upheaval.

“Forty-three people — 33 blacks and 10 whites — were killed. More than 7,000 people were arrested. Over 1,400 buildings were burned. Fifty years later, Detroit is still recovering.”

We’ll see a lot of news coverage this week and next, alongside laudatory prose of how much the country is doing to remember the events and will use them to assure we never repeat those times.

The Algiers Motel incident, for example, happened one fire-lit night of the racially charged 12th Street Riot. The building itself is gone and grass grows on its lot. There has never been a monument there to the lives lost but there will be soon.

About a century earlier and some 500 miles to the southeast, we made a different kind of history.

Today, we are tearing down monuments to that War. I wonder how long it will be before historical revisionists tear down the new monuments in Detroit. 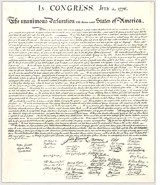 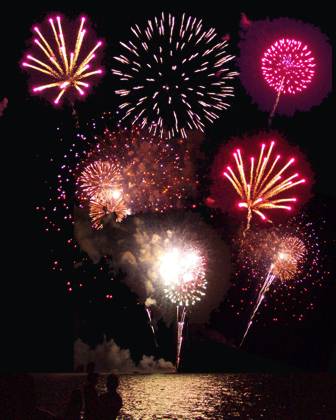 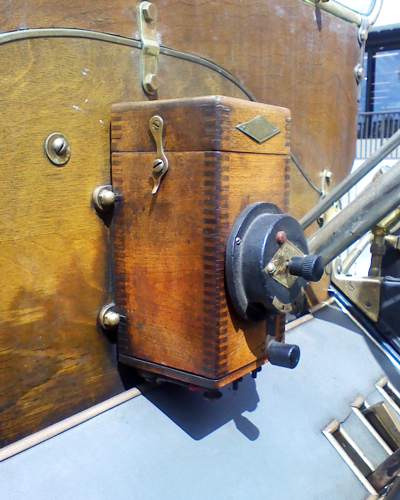 “There is no such thing as coincidence.”
—Leroy Jethro Gibbs

I often sit on my inch of beach of the afternoon with my arse in the water and toes in the sand and I keep running into people I didn’t know I know.

A couple of beach buddies had friends down from the frozen north last week. The friend, Romulus, has been to Vermont several times on bike trips so he wanted to know if he had ridden past our house. He came close but the bike trail cuts a few miles east of us. He got off the trail and found himself in Canada at one point. That story involves men with guns and searchlights but that’s for another day.

Romulus is a high end woodworker in real life. We got to talking about southeastern Pennsylvania and he told me about a set of bowls he made from a walnut tree the owners had cut down in the front yard of a stone house at the corner of Street and Shiloh Roads.

“That was a lovely tree,” I said. “But it was in the back yard over the dog house and it dropped walnuts into the driveway that split under all the tires.”

“Not so hard to know. I grew up in that house and wore a towel as a cape when I learned to ‘fly’ off the dog house roof.”

He comes from around there and has done a lot of work so he knows the area well.

Coincidentally, I answered the phone yesterday because I recognized the name on CallerID, although I haven’t spoken to him for 20 or more years. It was

, the current owner of the stone house at the corner of Street and Shiloh Roads.

“The township Gazette is doing a history of these old houses,” he said.

We reminisced and caught up and told some lies. They, too, were in Vermont last summer but they didn’t get as far north as Romulus so they didn’t run afoul of Border Patrol. And I told him about meeting the maker of the bowls.

“We still have them,” he said. “The Gazette photographer took photos that will be in the article.”

I went back to the beach after the call. There was still plenty wind but my jetty shielded me nicely so I sweated a bit sitting in its lee in the sun. And the water temp is up a degree to 76° at the Vaca Key buoy VCAF1 so it didn’t feel quite as penguinish to swim. Nice.

A couple of other beach buddies joined me and we talked a little about the people we meet coincidentally. I pointed to another couple walking down the beach and said, loudly enough for them to hear, “see, here are people we might know.”

Turns out they’re from Michigan and rent a beach condo every year here in South Puffin. I didn’t recognize them but they recognized me. I may have to mix it up a bit. Or at least buy new Speedos™.

Here’s a history of the house.

“At the northeast corner of Shiloh and Street Roads … is a dignified two story stone mansion which overlooks the valley. In the south wall of this house, some four feet above the ground level, is a stone inscribed ‘1734.’

“In January 1699/1700, in this area, Thomas Mercer, an immigrant from Northampton County, England, bought 230 acres of land. His son, Thomas, inherited this land and built the 1734 house in which, it appears, he lived until his death about 1758. Among his ten children were two sons, Daniel and David. Near the stone marked “1734” there is another one on which is inscribed “D heart symbol M.” It seems likely that this identifies either Daniel or David Mercer and that it was the handiwork of an ambitious boy.

“The Mercer family owned several hundred acres of land in the Township. In early deeds the property with the 1734 stone is sometimes referred to as “the mansion tract.” This remained in the Mercer family until 1860. Between 1875 and 1896 it was owned by William Cronin. His ownership is reflected by an inscription “W C 1876” which is painted in the south gable of a carriage house which he built in 1876.

, purchased the property in 1896 [after he sold the farm in Doe Run] and continued to live there until his death in 1935.

“In recent years it has been the home of Dr. and Mrs. Wilbur

, the latter having been the daughter of Enos. After her death in 1954, their daughter and her husband, Mr. and Mrs. Chandler Harper, have shared this delightful home with him. Several decades ago a frame addition was added on the north side of the 1734 mansion. This happily coupled modern conveniences to the skilled craftsmanship of the original house. Thus the early structure, with its choice woodwork and fireplaces, has not been spoiled by inroads of modernity.”
–excerpted from Arthur E. James’ Chester County Histories

OK, the real reason the early structure, with its choice woodwork and fireplaces, wasn’t spoiled by inroads of modernity is that neither the Cronins nor my family had the money to do more than change the front windows to the large-pane Victorian style. The owners since us did.

The current owners bought the house from the flipper who bought it from us. The intermediate owner took down the plaster ceilings to expose beams, tore down the “modern” frame addition and built a new one that more than doubled its size. The current owners bumped up a full length dormer on the north side of the attic, changing that to livable space. The house is a lot bigger now than it was.

DiNozzo said that Rule 39A is “There is no such thing as a small world.”

Today was “Indigenous Peoples Day” in Vermont. Gov. Peter Shumlin (D-VT) made the proclamation this morning but for only this year, his last in office. He replaced what the country knows as Columbus Day.

It annoys me more because our politically correct friends choose to tear down the real history to put in place their belief structure.

I think it should be Interlopers Peoples Day.

Looked at through the lens of history, we’re all Interlopers.