As of Saturday the national average gasoline price was $2.59 at the pump, up 23 cents in just six days. 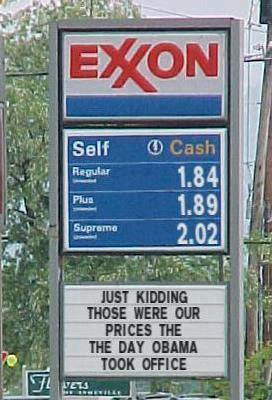 I tweeted Leaving the land of $3.94 gas! as I drove over the bridge into Vermont from New York State in 2013.
I drove 1,700 miles up the East Coast in 2014. I haven’t heard a peep from any of the usual suspects about the prices and there was no ineffectual Internet gas boycott. The House approved stiff gas-gouging penalties in 2007 but prices are higher than ever.
I drove the east coast in 2015. The cheapest gas I saw was in South Carolina.
Vermont’s gasoline price-fixing lawsuit grinds toward a jury trial this fall.

Gas prices in Swanton, Vermont
are up 47 cents/gallon in a week.
Oh, I know the argument that some Texas refineries are down and a pipeline has slowed deliveries. Horse puckey. Some refineries and infrastructure are always down, usually for maintenance but sometimes like now for other reasons.

I have thought the world of Skip Vallee. He’s a nice fellow and good businessman who has banked a huge reserve of community spirit. That bank of good feelings is overdrawn. Mr. Vallee, Mr. Jolley, et al have an alleged history of overcharging Vermonters, particularly in the northwestern corner of the state and it appears they have a new excuse to do so.

It isn’t a very good excuse.

Gee-eeeeez, I go away for a couple of days and the world washes away!

First Mr. Trump pardoned former Arizona Sheriff Joe Arpaio, a move that drew criticism from civil rights groups and Democrats as well as both of Arizona’s Republican senators, then one of the worst flood disasters in modern U.S. history unfolded ever so slowly around Houston. Mr. Trump responded in characteristic fashion: he tweeted. He was tweeting praise for the responders, a move that drew criticism from everyone else.

Relentless rains from former Category 4 Hurricane and now Tropical Storm Harvey are still pounding Texas. Rainband after rainband swept north and then slowly east through the metro area, dropping 25″ of rain so far and that’s only half what is expected. The large-scale steering currents have collapsed with no signs of anything that will sweep the storm away from the area for the next several days. Harvey was still drifting back southeast at just 2 mph this morning; it will pick up energy and new supplies of water from the Gulf, then turn around to do it again.

Meanwhile, Orpheum Theater in Memphis will drop Gone With the Wind  from its summer film series next year because 12 insensitive potential customers took offense; they complained that the film is too “insensitive” to be shown in theaters today.

The tyranny of the minority.

Face the Nation was all about the Comey testimony Sunday.

I didn’t get to watch Sunday’s episode. Thank goodness for a written transcript.

The investigations continued unimpeded. The conversations were no doubt unusual and likely inappropriate to a politician used to dealing in nuance and undertone and spin and politics as usual but not illegal. As I recall, the current President was elected to run Politics as Usual right out of town.

And how are the Democrats responding?

Sen. Lindsey “Is this Watergate or Peyton Place” Graham (R-SC) actually talked pretty straight when on Face the Nation he told Donald Trump, “you may be the first president in history to go down because you can’t stop inappropriately talking about an investigation that, if you just were quiet, would clear you.”

And Mr. Graham had the line of the week:

Donald Trump “can’t [even] collude with his own government. Why do you think he is colluding with the Russians?”

Speaking of Mr. Schumer, he surely loves spin. “To have this issue, which affects a sixth of our economy, tens of millions of people’s coverage — millions would lose coverage, lose preexisting conditions, hurting the elderly, hurting women, to do this in private, without hearings, without amendments, it would be one of the most outrageous examples of legislative malpractice in decades.”

This turns out to be a story not of “he said, he said,” but of who can spin faster. Mr. Schumer may be ahead on points in a contest only a Tasmanian devil should want to win.

CBS News contributor Ed O’Keefe has it figured out. “Every week there’s probably going to be something like this, some public forum where it gets raised again and attention is put on it. Committee rooms and closed door meetings will be the centers of the drama on The Hill in the next few weeks.” Or months. Or years.

Congress is supposed to be building a budget, changing ObamaDon’tCare into actual health care, punishing Iran and Russia, passing the odd law or two, paying off the National Debt, and all its other duties but instead it chooses to pretend that political oneupsmanship is more important than statesmanship.

Margaret Chase Smith was the junior Senator from Maine in 1950 when she delivered a fifteen-minute speech known as the “Declaration of Conscience” on the Senate floor. She denounced “the reckless abandon in which unproved charges have been hurled from this side of the aisle.” She said McCarthyism had “debased” the Senate to “the level of a forum of hate and character assassination.”

I think she must have seen Face the Nation on Sunday because she was really talking about Congress today.

Welcome to the first day of Spring, the day when day and night are the same length and politicians tell you one is the other.

“The affordable health care’s purpose was to lower costs, expand access, and improve benefits,” Rep. Nancy Pelosi (D-CA) said on Face the Nation yesterday. “It has succeeded in all three.”

It has succeeded? Succeeded? Really?

Let’s take how Ms. Pelosi knew the facts and said just the opposite. Out here outside the Beltway, we call that “Lying.”

• “[Its purpose was to] lower costs…”
Health care cost Americans $2 trillion in 2008; ObamaDidn’tCare grew it every year so health care will cost Americans $3.6 trillion in 2017. Alabama premiums jumped 28% from 2015 to 2016 for individual plans purchased through the marketplace. They went up another 36% this year. The cheapest “Bronze” plan here in south Florida costs $4,660 this year, almost double the unsubsidized cost in 2013. A Bronze plan comes with a $6,000 medical and $500 prescription deductible and $12,500 out of pocket maximum costs. And your premium skyrocketed anyway! True believers can’t accept those facts but the NY Times does. 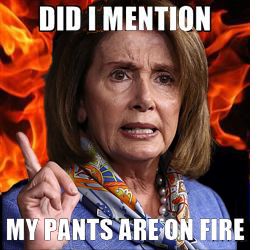 • “[Its purpose was to] expand access…”
Enrollment tumbled in 2016 at a faster rate of decline than in 2015 as people got kicked off for not paying premiums. UnitedHealth Group dropped out of almost every ObamaDidn’tCare market.
The Congressional Budget Office estimated in 2016 that ObamaDidn’tCare would leave 27 million uninsured through 2019.

• “[Its purpose was to] improve benefits…”
Slightly true. Some of the 20 million folks who never had insurance before ObamaDidn’tCare definitely got better benefits. Anything more than nothing is “better.” The rest got stuck with far less. And for the 75 million Americans who got their insurance through large companies in 2013, according to NBC News, ObamaDidn’tCare caused companies with the most generous plans to cut benefits.

Lying liars who lie a lot.

“[The Unaffordable Care Act] should be respected for what it does,” she said.

We’ve seen what it does. In that, for once in the past nine years, Ms. Pelosi told the truth.

As we learned last week, the new Unaffordable American Health Care Act doesn’t address the biggest issue: cost. It needs bring costs down and to do that it needs to address [wait for it] American Health Care. So far it doesn’t do that any better than what we had foisted on us in 2013. 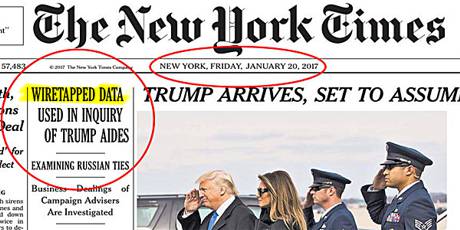