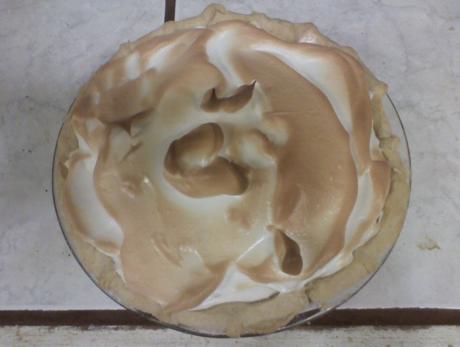 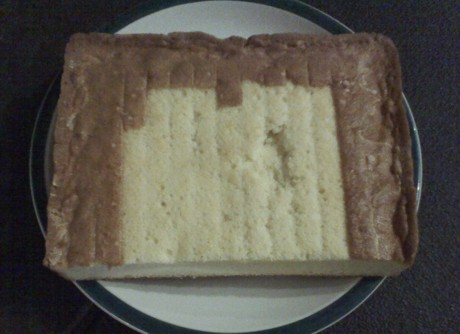 The Cap Cancer Festival in Highgate Municipal Park yesterday brought out hundreds of people, three bands, a ton of hot dogs and birthday cake, and even the Sun. The event used hair cuts and music to raise funds for Camp Ta-Kum-Ta and for cancer research.

And the rain stayed away. Mr. Sun broke through for the first time in days at just as Pat started cutting my tail.

“We are not styling hair here today,” I told the crowd between music sets. “People who undergo cancer treatment often lose their hair. We’ll buzz it off or shave your head to show solidarity.”

And to raise money. The Festival raised more than $1,200 on Sunday alone for Camp Ta-Kum-Ta and the American Cancer Society. We don’t have the final PayPal totals yet and donations are still coming in as of this morning.

Pat Gagne of Elite Hair Salon in St. Albans buzzed or shaved 8 men and women throughout the day: Anne Harper, Hayes Johnson, Ed Jones, Scott Martin, Steven Martin, Richard Menard, Karl Schraut, and yours truly. She shaved Messrs. Jones and Schraut and me. Every participant received a ball cap from the cap sponsors.

The festival collected several pony tails including the first from Karl Schraut of Barre, Vermont, for Locks of Love.

The free concerts began at 4 p.m. with fine artist Pat Murphy and Colleen Murphy on guitar and fiddle playing folk and popular music and even a waltz. The indie rock group Rockfish offered original music. The Nobby Reed Project anchored the Festival in an evening Summer Sounds concert.

The Cap Cancer Festival is an all volunteer community effort with support from the All Arts Council, JC Image, KOOL 105, Peoples Trust Company, the St. Albans Messenger, the Town of Highgate, and the Highgate Volunteer Fire Department Auxiliary. The bands donated their performances and Ms. Gagne her tonsorial art. The Highgate Auxiliary donated the entire proceeds of their social to Cap Cancer.

Look for the performances, and my own hair cut, on the Almost Live concert series on Channel 15.

And it looks like my son-in-law, a sergeant for the Franklin County Sheriff, is now the long hair in the family.

I do not like shopping in the Keys. It is simplicity itself to find a hat shaped like Flipper or a concrete mailbox support shaped like a mermaid or a manatee in the Keys. But KMart never has Caffeine Free Diet Pepsi when it is on sale, Home Depot doesn’t have the hinges I need for my kitchen cabinets, and Walgreens is out of milk. Again.

Last week a manatee came right up to the boat to say Hi. With Mother’s Day just passed, another momma manatee with two calves swam in and out of our canals. Fisheries experts count just 1,000-3,000 manatee in all of Florida, so passing the time with one right here is special. I also saw my first leopard ray at my own beach last week. I swam with the dolphins. OK, OK, I actually swam near the dolphins but that was probably wise when a pod of them herded their evening meal up near the beach.

And today, I was attacked by a little amber colored crab in about three feet of water. That sucker was outgunned about 1,040:1 if we count sheer avoirdupois. I guess I should be glad he saw my back before he realized he could swim up the leg of my trunks.

I had a (lower case) epiphany.

This is neither the user friendly GNOME web browser nor the Christian feast. It is not a revelatory manifestation of a divine being. It is, however, a sudden intuitive realization that gave me a little flash of political reality.

I’ve been reading Maslow today because I’ve been thinking Big Thoughts. The readings reminded me that our political candidates always, always, always promise to provide health and well-being to every living American; to secure our borders and stamp out crime; to bring the Financial markets back under control when they are not or boost them even more when they are; and to improve the safety net we expect from our gummint against illness and accidents and the impact of hurricanes. The promissory order depends on their polls.

We are affluent and relatively safe. Most of our physiological and safety needs are met. So why would a political candidate promise us this stuff?

What do we really want? Really?

I already have a chicken in my pot. In fact I have more than one. The army got it right; I want to “be the best that I can be.”

Can John McCain deliver that passion? Can Barack Obama?

If that wasn’t clear enough, my friend Bob reminds me that the election year question I asked is this: what do we voters really want? What new goal will captivate two generations or three? Have we settled for smaller and fancier widgets and lost our passion for inventioneering on a grand scale?

We make grand choices when we have great passion.