I live on an island of 700 people. I have spent most of my life in towns or townships of fewer than a few thousand. Very few. I’m used to my neighbors usually knowing that I wear yellow pants when I mow and what I had for breakfast yesterday morning.

“If you can’t pee off your front porch,” Joe Rainville once told me, “you don’t have enough land.”

I can’t do that here although I’ve never had any difficulty in North Puffin, nor on the former farm where I grew up. On the other hand, most regular readers and all of my neighbors know the details of my love life, my eye surgery a couple of months ago, and the color of my shorts today (blue).

I may be a bit unusual.

Still, in this day and age when peeps tweet about the quality of their morning poop, sext their cow-orkers, admit to NY Magazine “Yeah, I am naked on the Internet,” and blog about the in-laws from hell, abortions, their abusive parents and jailed kids, and going broke over and over and over again, maybe not all that unusual. 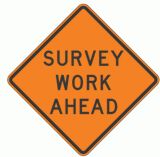 The Department of Health here has asked some 4,100 young women for intimate details of their sex lives. State officials said the survey will help them understand women’s need for and approach to family-planning services.

This may be the cheapest survey a government ever ran. Officials who say the survey determines women’s need for and approach to family-planning services gave participants a $10 CVS gift card. The state spent $45,000 on the 46-question survey over the last couple of months.

If that includes the $41,000 worth of gift cards, I want these folks to do all my future marketing surveys.

Participants were asked how many men they had sex with over the last year, whether a man ever poked holes in a condom to get them pregnant and how they felt emotionally the last time they had unprotected sex.

“Some of the questions are incredibly offensive and invasive,” a male Broward County a political consultant, told the Sun Sentinel. Did I mention that the conservative blogosphere is nutso about sex?

The survey uses questions that already appear in other surveys in use nationally, state Surgeon General Dr. John Armstrong said. Not to mention appearing in most issues of Cosmopolitan. The magazine also “gets to the bottom of your intimate sex questions. Nothing (and we mean nothing) is off limits.”

I reckon I could come up with more intrusive (and less statistically useful) questions.

“It’s really important to emphasize,” Dr. Armstrong said, “that we want people to be informed so that they can manage their health.”

I could wish the sampling methodology gave me a better sense of statistical accuracy about the answers so I could generalize it to the population. This survey reeks of problems with respondent motivation, honesty, memory, self-selection bias, and the simple ability to respond. Still Dr. Armstrong got it exactly right. We need people to be informed.

Florida’s Gov. Rick Scott, unusually reactive to the blowing winds, is “glad to hear the department has stopped using it.”

Maybe if they had called it a Health Survey instead of a Sex Survey. Or asked Cosmo to run it…

3 thoughts on “It’s Always All About the Sex”