I’ll bet you thought this would be about the maroons in Washington who suck the oxygen out of the air wondering whether Roger Clemens took steroids instead of buckling down to the business of running a government.

Heck, even the Great State of New York with its 783 year history of waiting until 2153 to pass the 1960 budget brought theirs in on time this year.

Word play maybe isn’t as much fun as sex but it’s still pretty satisfying (I may catch holy hell from the missus for saying that).

Last week, I noted that Washington is a fine mess (most everyone there is a real phony) but I didn’t have space to work in absolutely unsure, devout atheist, genuine-imitation leather, or half naked.

Of course I, like all my readers, am absolutely sure of everything I write. For example the true believers in anthropogenic global warming have literal faith that planetary temps have risen almost exactly 10 degrees since last week. I should note that many on that side of the aisle who believe implicitly in political science poo pooh the scientific creationism embraced on the other.

I AM increasingly irked by the food industry for selling me twelve-ounce pound cakes and 48-ounce half gallons of ice cream. Food giants take a different view of the smaller, lighter, easier to carry half gallon orange juice cartons so I invited Popsicle-Klondike-Ocean Spray-Slim Fast-Starbucks-Ben & Jerry’s-Breyers-Heartbrand-PepsiCo-Frito Lay-Quaker Oats-Tropicana spokesman Ross Messier to comment. He pronounces his name ROSS.

“We already sell personal servings in many markets. We see the bigger containers as our dual entree in the grocery and convenience markets,” Mr. Messier (pronounced MAY-she) said. “Convenience stores are big on Super-Sizing their offerings.”

Remember, you read it here first when you see a straw taped to the side of a “half gallon” OJ carton and a wooden spoon on the ice cream tub at the Quick Stop next year. 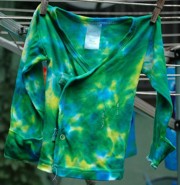 I bought a new shirt last week. It’s a nice, blue, button-down, pinpoint oxford that drapes superbly and has a marvelous hand. The girls wouldn’t let me buy the one I really wanted, though. Maybe because it had a random pattern.

I’m in rather a financial pickle as so many are in these perilous times, but I like fine clothing, have a good eye, and even have my mom’s sketch books for inspiration. Oh, I know. I generally wear khaki slacks, button down shirts, and Bass Weejuns with no socks but I truly believe I could develop a line that caters to early adopting young taste makers who love the originality and eclectic style of mature clothing lines. And by “mature” I mean “old.” All I really need is a nameless celebrity to endorse me!

For the record, I wrote this whilst sucking on a sweet tart in my home office where the IRS prohibits personal business. I gotta get back to work.