This bright idea is making the rounds among the True Believers on social media these days: 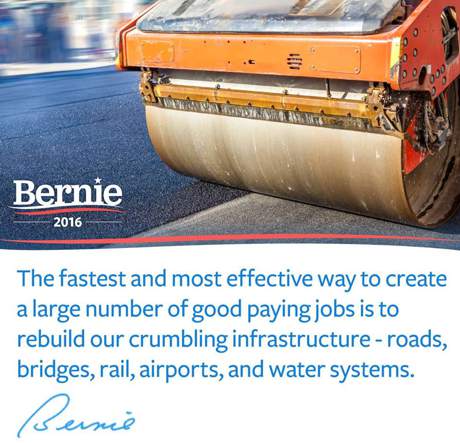 Will all these political proposals really create jobs? If so, why not just keep adding new programs until we achieve full employment? Heck, according to USDOT, we get 47,000 new jobs per $1 billion spent building roads. Let’s guess that it costs about $5 million to build the average mile of road (not so far off overall), so that works out to 235 jobs per mile.

Bernie’s right. All we need is to build about 34,000 miles of road and there won’t be a single, solitary unemployed person anywhere in the country!

My work here is done.