Yesterday was Easter Sunday. Tomorrow is Earth Day. In between, we can find a message of faith.

One of those last words has long been, Don’t poop where you perch.

I saw Hurricane Hazel annihilate a larch tree in my front yard. I saw the 1998 ice storm decimate the forests around North Puffin. I watched Hurricane Wilma drown my South Puffin neighbors and Irene flood and sink and forever change the southern half of Vermont.

That was a more than a little bit of rain.

I’ve watched pilots shoot flares of silver iodide and dry ice, and liquid propane, and even table salt into a cloud in a vain hope of making it give up just a little bit of rain.

Rainmaking attempts go way back. A typical Tübatulabal shaman’s rain making bundle contains the all important quartz crystals plus charm stones, biface fragments of obsidian, a fossil fish vertebra, pebbles, some stibnite, milky quartz, and steatite, a small tobacco bag, a piece of rawhide, some plant material tied with a bit of denim, some soil and a denim sack. Oddly, the great southwestern American desert is still a desert in spite of those best efforts to make rain.

I’d say nature has the other last word over man. 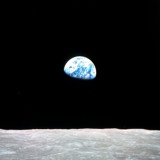 Today, rain isn’t (quite) the issue. Temperature is. Over the millennia, the climate has and does change as solar activity varies, the magnetic poles shift, the moon wobbles, and Earth’s axis tilts a few degrees one way or the other. Right now, the planet is cooling (slightly) from what the alarmists said was the all time high but it had been rising precipitously. Despite the alarmists, it hasn’t gotten as warm as during Roman and Medieval times, but it is warmer than 100 years ago.

There are two schools of thought about what drives global warming. On the one side are a small but growing number of scientists who have found wider swings in the fossil record before homo sapiens walked upright. They’re looking at drivers like the sun now. On the other side are a large number of scientists who believe man and only man has driven every variation in planetary temperatures. They’ve stopped looking for the drivers.

The U.N.-operated sanctioning body, the Intergovernmental Panel on Climate Change, says it is too late. They arrived at this conclusion not by making startling new discoveries but by tweaking the data they already have.

But wait! We can fix it if we just give up meat and cars and our iPhones!

Those who pray at the altar of Al Gore have faith that man has the last word over nature.

Humans
Unaware of
Basic
Real
Icky
Science
The solar deniers who pray at the altar of Al Gore tell us that “the science is fixed” but all we have to do is return to the Stone Age and the planet may get back to normal. After all, those biface fragments of obsidian (“stone knives” to the rest of us) brought a lot of rain to the desert, they did.

I have great faith in two certainties: good science and man’s hubris.

Tomorrow is Earth Day. I have great hope that good science will triumph over great hubris in the long run. Day-to-day? I’m not so sure.

3 thoughts on “A Message of Faith”