Today would have been Norman Borlaug’s 99th birthday. 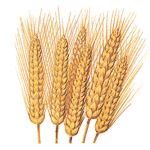 American Nobel laureate Norman Borlaug, Ph.D., was a plant pathologist and geneticist. He is often called “the father of the Green Revolution.” Dr. Borlaug’s work doubled wheat yields in Mexico and India and Pakistan which has saved over a billion people from starvation.

Here in the United States, the Far Green (slogan: “Just Say No to G-M-O”) has made that a dirty word.

I guess those billion people are just an inconvenient truth.