July 21. Gas prices went up a nickle here in the protected pocket with the highest gas prices in New England. I found out from an unconfirmed source that the station up near Jay with the lowest prices in Vermont at $3.319/gallon buys its gas from a Canadian distributor. So apparently does the Mobil distributor with the most stations here. 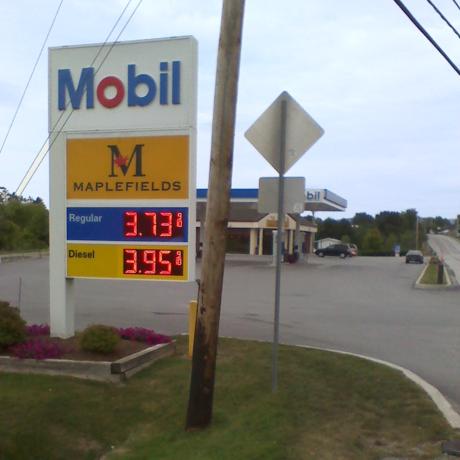