Passersby thought a New York man was dead behind the wheel of a locked car in a Lake George motel parking lot. They called the law. 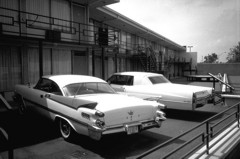 Warren County sheriff’s deputies saw the car was locked and the man couldn’t respond so they broke the window. That’s when they discovered he was alive, but very drunk.

A blood test (I guess he couldn’t blow in the tube) showed his blood-alcohol content was 0.27 percent. The legal limit in New York for driving while intoxicated is 0.08 percent.

He was parked in a motel parking lot. Parked. On private property. Sleeping it off.

Sheriff’s deputies broke his car window to get to him. The law won.

He was charged with aggravated DWI.