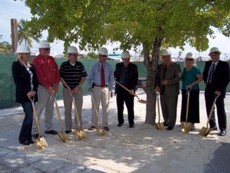 “How do you put up a building that is twice as tall as allowed without somebody noticing?” Rufus asked.

“Ah hah! The old Little-Jimmy-did-it-too defense,” Rufus said. Except the Board used the old “it’s-OK-because-we-did-it-all-these-other-places-too” defense.

Nearby residents think the solution is to tear it down.

Key West finally issued the Monroe County School District a “notice of non-compliance” for the ongoing construction at HOB as the locals call it. 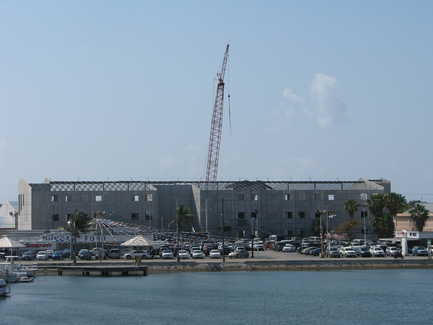 The district doesn’t have to respond to it or even explain why it’s not compliant with city rules. See, the district is its own permitting agency.

The KW mayor also opposes any solution that includes tearing down the building. “We’re trying to work it out with officials from the School District,” he said.

Construction on the five additional buildings — each of which exceeds the height cap — continues. The city’s acting planning director will meet with the school board’s architect in Tampa to go over the plans.

“They’re going to try to come into compliance,” the mayor said.

Uh huh. I’m not sure even Mr. Obama could spin this one.

“Let’s see, now. Let’s see,” the president said when questioned by Faux News’ Sergeant Watchtower. “We have five buildings that stand just two and a half stories taller than anything else in the neighborhood but it’s alright because we created six new jobs with this construction and we painted the roofs green!”

2 thoughts on “But Little Jimmy Did It!”