Here’s the column I was going to write today. It would use facts and data that have been reported for almost a decade to show, yet again, how the boosters of our current Unaffordable Care Act and the medical conglomerate it supports have become insurance pawns.

George Gobel was about six months older than my parents. He died at age 71 in 1991, shortly after undergoing heart surgery.

“Here’s the thing, Nancy Pelosi told George Stephanopoulis yesterday, “when we did the [Un]affordable Care Act, if everyone loved their care, if everyone loved it, which they didn’t, and their insurance, we would still have had to do it because the escalating cost of health care in our country were (sic) unsustainable to individuals, to families, to small business, to corporate America, and to the public sector…”

We “had three goals,” Rep. Pelosi continued. “One, to lower costs. The other, to expand benefits. And the third, to improve — increase access of many more people.”

Expand benefits: The Unaffordable Care Act added some coverage guarantees (you can buy insurance only during open enrollment) and premium guarantees (they will rise based on family structure, geography, the actuarial value of the benefit, age, and tobacco use).
Benefits don’t include bariatric (weight-loss) surgery, infertility treatment, alternative medicine including acupuncture, long-term care, foot care, eye exams, and more. And co-payments have skyrocketed. The co-payment for an asthma inhaler used to cost $7. Then it went to $30. Then $60. Now it’s $100, every month. Flexible spending account are limited to $2,500.

Increase access: 20.4 million people were forced at gunpoint to buy health insurance. My existing, commercial Blue Cross plan was dropped and I had to buy a new one on the Exchange.

Sen. Elizabeth Warren (D-MA) is beating the horse again. “20 million people are about to lose their health insurance as the GOP ‘destroys’ the [Un]affordable Care Act,” she says.

Remember the flat out lies about the Unaffordable Care Act? 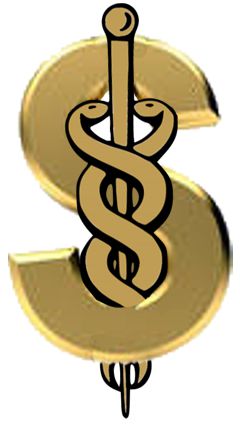 Mr. Obama and the Congress knew the public wouldn’t buy this gift to the insurance companies, so they forced mandates and regulations and false guarantees on us. The only real guarantee was to drive up the cost of health care.

We’re going to make people buy it, Mr. Obama decreed about the false promise of the Unaffordable Care Act, and if they don’t buy it, they’re going to get penalized.

I simply do not understand why so many people, from insurance pawns like Ms. Warren to my liberal friends who support her, don’t get how bad this thing is. The news, the statistics, the facts have shown over and over that Obamacare is accelerating the demise of a system that has failed us.

That’s the column I was going to write, until I realized the futility of using facts to counter the religious belief in Obamacare. I’ll just repeat a joke instead.

Squares Day…
True or false, George: experts say there are only seven or eight things in the world dumber than an ant.
George Gobel: Yes, and I think I voted for six of ’em.