I am still more or less following the Mother Road, Route 66.

In our prior episode, I had stayed in Amarillo, Texas, and was off to Palo Duro State Park and then on to New Mexico. 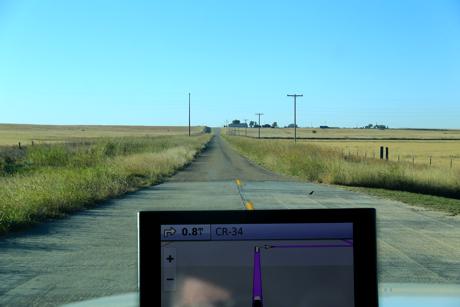 Palo Duro Canyon is part of the Caprock Escarpment located in the Texas Panhandle near Amarillo. It is the second-largest canyon in the United States.

No, I don’t understand why Texas calls it a “panhandle.” Granted, it is a narrow section but it sticks up from the broader area of the state. Oklahoma has a definite panhandle. Florida comes close with a very deep pan. Texas and Alaska, not so much.

Saturday was Palo Duro Canyon State Park’s annual History Day with lotsa lotsa stuff I’d like to see: living history reenactors, live firing of a real artillery piece and historic small arms, Kwahadi Indian Dancers, the Frontier Regiment of the High Plains, the TPWD Buffalo Soldiers, the 1st Texas Light Artillery, an atlatl throwing contest, cowboy poetry, a guided nature walk on the Pioneer Nature Trail, a tour of the CCC built cabins, and so on. I was there the day before. 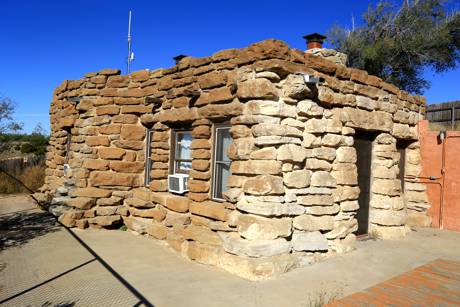 It was great. I walked about six miles up and down hills, over rocks, and past rattlesnakes. The volunteer I spoke to also pointed me to the wildlife viewing stand where I’d be likely to see a “herd of turkeys.” 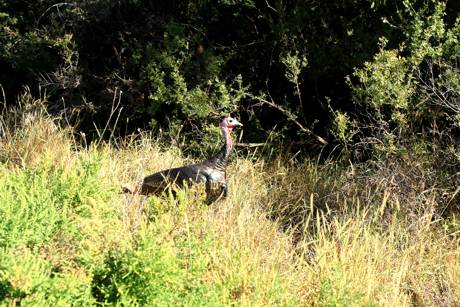 This “Grand Canyon of Texas,” the second-largest canyon in the U.S., got its nickname for its size and for its multicolored layers of rock and steep mesa walls. It is about 70 miles long and some 6 miles wide on average but it narrows to nothing and widens to 20 miles in places. It’s up to 1,000 feet deep. The Spanish “Palo Duro” means “hard stick.” 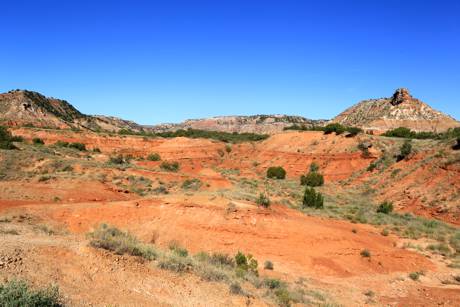 The first European explorers to discover the canyon were members of the Coronado expedition, who visited the canyon in 1541. Apache Indians lived in Palo Duro when the first Spanish explorers arrived in 1541. Comanches and Kiowa tribes pushed the Apache west and traded with the Comancheros in nearby New Mexico. U.S. Army Captain Randolph Marcy mapped the canyon in 1852 and the army later forced the Indians to reservations in Oklahoma.

The canyon is filled with tent rocks, fairy chimney, or earth pyramids, better known as “hoodoos.” These tall spires of rock protrudes from arid drainage basins like the Palo Duro. The best known of the hoodoos is the Capitol. 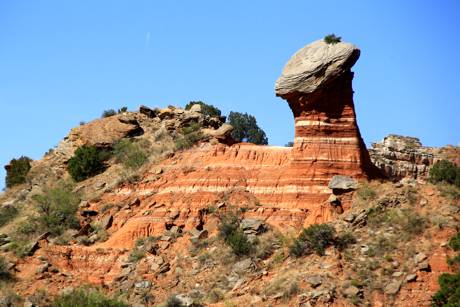 The trails are also popular with mountain bikers. 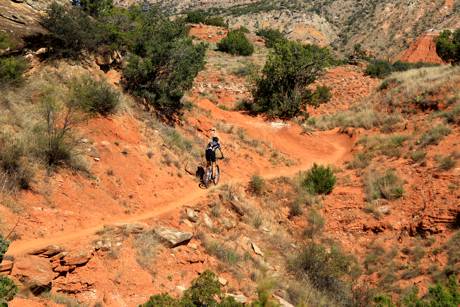 I met one experienced hiker who had often spent a week at a time heading back into the untraveled, unmarked sections of the canyon. “That’s where the animals are,” he told me. “I’ve seen bear and bobcat, plenty of deer, and of course, lizards and snakes back there where few humans travel.”

The area is riddled with caves. This cave is a natural sluiceway, open at the top to funnel the rainwater through. “I’ve been here when it rains,” the hiker said. “The water comes through like a tsunami.” 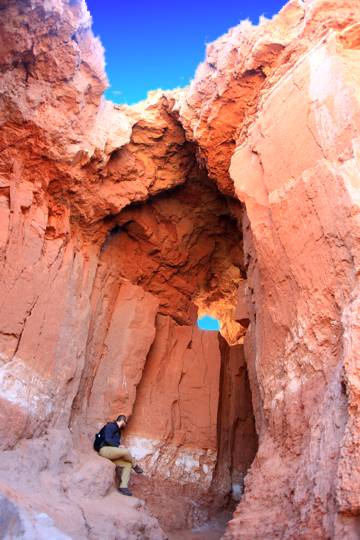 And I couldn’t go through a canyon without looking for water. This small riverbed still had some, despite the dry weather. 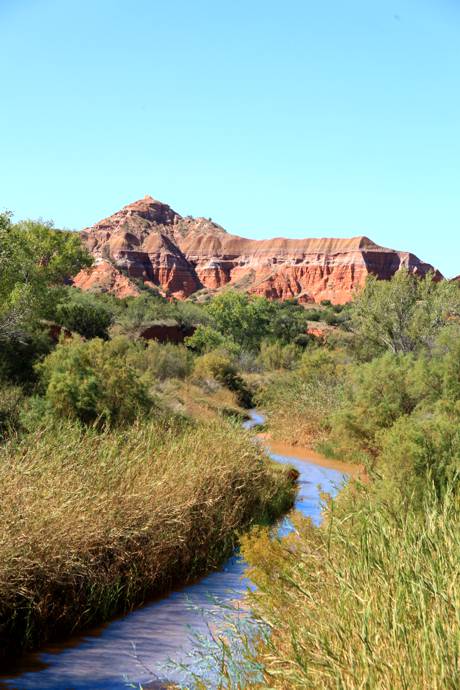 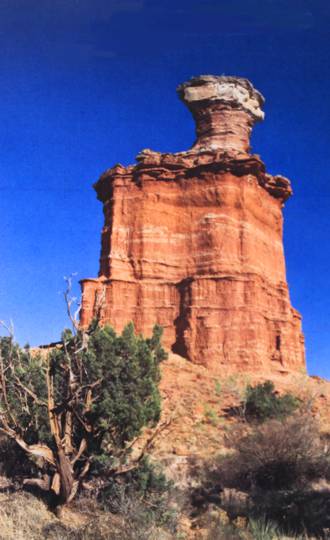 I think pretty much everyone knows by now that I mostly stay in the Motel 4-1/2 when I can’t couch surf. I generally find these motels by stopping at state welcome centers and grabbing the coupon books. I hadn’t done well on the coupon book so I went online to see what I could find [Sort: Price, low-to-high].

I met some other turkeys at Choice Hotels customer service.

See, I booked and pre-paid a hotel room through the Choice Hotels web portal. Unfortunately, they made the reservation for Friday, Nov 18, 2016, and I didn’t catch it; the hotel had never heard of me when I got to Albuquerque.

The front desk clerk was wonderfully sympathetic but didn’t have a mechanism to fix it since “you didn’t book through our own website.”

I kinda figured that the Choice portal was the Rodeway portal. Of course, I thought I was booking into a Comfort Inn

Nupe on both counts.

She gave me three different Choice numbers from her directory to call. One was out of service. One connected to a veteranary clinic in Spokane. One was finally right. The foreign call center gentleman who answered wouldn’t fix the reservation dates; he just wanted to book me a new room for that night so I could pay them again. And to put me on hold three times to take breaks.

The Choice hold system repeats the same eight bars of two melodies over and over. And over.

The supervisor, also overseas, was very polite but said he didn’t understand my problem. I mansplained the issue. He put me on hold and went on vacation. An hour later, after an hour of that intolerable hold music, they hung up. Just flat out disconnected the call.

The local crew took pity at least on my stick-to-it-iveness and figured out a way to put me in a room. It was late and I was tired and had missed supper but I slept in a $34 bed.

Two weeks ago, it was a Comfort Inn.

After a short night’s rest, I was up and off without my drivers’ license to the northwestern corner of New Mexico but that story is for our next installment.