First, do no harm.

I met a fellow at the drug store counter the other day (we’ll call him “Bob” so he remains completely anonymous). Bob told me his insurance company denied renewing the 30 mg Prevacid™ prescription he’s taken for years. A little research shows that the FDA approved 15 mg Prevacid™ for Over-the-Counter sales. Bob thinks he can remind Aetna that “the FDA decided you still need an Rx for the 30 mg.” 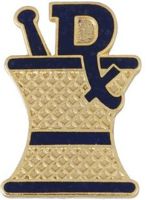 Bob is, as we say in Big Pharma, scrogged. Oh, he can buy and take two of the 15 mg pills and he will, in the short term, but that is exactly the same as taking the 30mg which the FDA says you need the prescription for.

“Someone got stupid or cute,” he added.

We’ve all heard of Martin Shkreli, even if we don’t remember his name. The then-new CEO of Turing Pharmaceuticals acquired rights to make Daraprim™, an HIV and cancer drug that has been on the market since 1953 (it is a sole-source medication for toxoplasmosis that is frequently used to treat a life-threatening parasitic infection in patients with compromised immune systems). Turing raised the price from $13.50 to $750 per pill; Sen. Bob Casey (D-PA) called that move “pure evil.” Mr. Shkreli was arrested in December on securities fraud charges.

The Burlington Free Press reports that Bob and Deborah Messing of Montpelier are in the same boat. “She’s on Orencia™ … for rheumatoid arthritis. He recently finished a course of Harvoni™ … to treat hepatitis C.

Meanwhile, tens of millions of Americans use beta-blockers to treat hypertension and other heart ailments. My grandmother died in 1953, after living as an invalid with high blood pressure for years. Daraprim™ wouldn’t have helped her but drugs like Inderal™ would have. If she could have afforderd it. Pronethalol™, the first ß adrenergic receptor antagonist, was introduced in 1962 to treat angina pectoris. Propranolol was launched under the trade name Inderal™ in 1965. Corgard™ (generic name: nadolol) came along a few years later. We call them beta-blockers.

Bob’s wife Jean takes nadolol every day and her blood pressure is well controlled. It’s one of those miracle drugs that was on the Walmart $4 list ($10 for a 90-day supply). Unfortunately, the price of generic nadolol skyrocketed after a supposed “shortage” in 2013 — it was actually cheaper to buy the branded Corgard™.

Found on the Interwebs: “This bull$%!# is the game the manufacturers and distributors play. They create a shortage then raise the price through the roof. This one is unforgivable. It’s an old drug and shouldn’t cost more then it used to.”

Drugs.com shows the current price for 90 tablets is $201.38 or $2.24 per pill. Intriguingly, their best price is $0.88 per pill for 30 tablets. “Prices are for cash paying customers only and are not valid with insurance plans.”

Jean called one of the generic nadolol manufacturers and was told there was absolutely no shortage. They didn’t explain the price hike, though.

Oh, there has been plenty of finger pointing. Pfizer, the world’s largest drug maker and the manufacturer of Corgard™, paid $68 billion for rival Wyeth back in 2009. Even with the Wyeth deal Pfizer has product, patent, and no-drugs-in-the-pipeline problems. “That cost isn’t it, though. It’s the distributors.” “Oh, no, the retailers did it.” “Not me! I barely make the rent.” “Medicare and Medicaid and the VA can’t negotiate better prices under federal law.” And so on. For the record, Pfizer’s Wyeth buyout led to massive R&D cuts and weak productivity. No wonder prices went up.

I have no more idea what Corgard™ or Prevacid™ really costs Bob than I do what a quick appendectomy would set back my granddaughter. Neither does the doc who prescribes the drug or cuts on her tummy. And, “for people of the Messings’ modest income, big manufacturers’ discounts and state assistance make their costs manageable.”

See, we don’t actually pay for any of them ourselves. Except for Bob who got scrogged.

We’ve gone from trading our own hard-earned, multi-colored greenbacks (or a chicken) for medical care to trading a get-out-of-jail-free card for it.

We have a fantasy that medical care is free, so no one pays attention to what it costs and that leaves the door open for the price of Corgard™ jumping by a factor of 20 and Daraprim by 55 times.

Last month, the Vermont state legislature passed S.216, a bill that requires drug companies to explain price increases. The bill has the state health board list just 15 prescription drugs with dramatic price increases and would require the drug companies “to provide justification for the increase in the price of the drug” to the state Attorney General.

35 states have made some forms of price-gouging a crime.