Republican National Committee Chairman Reince Priebus says Trump supporters should “leave it to the professionals” when it comes to quelling interruptions.

Mr. Priebus also says the GOP could have a different candidate at the national convention in Cleveland this July.

A brokered, or contested, convention occurs when no single candidate has secured enough delegate votes to secure the nomination on the first ballot. Sadly a brokered convention can also occur when the party elite change the rules so the popular vote doesn’t matter.

The winning Demorat needs to have at least 2,383 delegates in the primaries and caucuses; the winning Repug has to get at least 1,237 of the 2,472 delegates. Hillary Clinton currently leads the Democratic pack with 774 pledged delegates to date, far surpassing Bernie Sanders’ count of 946. That means she’s currently well on her way to the nomination.

Yeah, the guys on the other side of the aisle already cooked the books; they have “superdelegates” to swing the nomination wherever they want. Ms. Clinton has 469 cheaters, so she really is well on her way to the nomination unless the Sanderistas can take over that convention.

Mr. Priebus says the GOP could have a different candidate at the convention in July, too. Repugs are looking for ways to cook the books, too.

Donald Trump leads the Repuglican pack with 739 pledged delegates to date, far surpassing Ted Cruz’ count of 465, which means Mr. Trump is well on his way to the nomination, too.

Mr. Priebus is counting on the GOP having a different candidate at the convention in July.

Dear Reince Priebus:
I’ve been a Republican Town Chair. I’ve run for and held elective office. I’ve put governors and congressmen and bank presidents together to register new voters. Now I’m just a crotchety op-ed writer with a message.
You say, “We have rules.” We hear you say, “We are weasels.”
You’re going to have a populist candidate with pretty close to the 1,237 delegates required for nomination. If you go ahead with this plan to steal the nomination, just to give it to another party hack, you will have stolen the party that freed Americans from slavery and made it the party that enslaves Americans.

Remember the “stiletto” job the “mysterious cabal” attempted in 1964? When Nelson Rockefeller appeared at the convention, AuH2O voters shouted down Mr. Rockefeller and beat back your backroom deal makers.

And they were still so mad at the party that LBJ slaughtered Mr. Goldwater that November.

Here’s what is likely to happen. You give the nomination to another party hack. Demorats do the same at their convention:

The bills getting passed will change but the real business of politics will just keep on keeping on. The trillion-dollar deficits will continue to fund your cronies. Congress will continue to do everything for themselves and nothing for us. You’ll grumble in the press and be secretly pleased that you survived.

That’s the best you can hope for.

Now imagine what happens if give the nomination to another party hack and the Demorats actually let Mr. Sanders win their Convention! 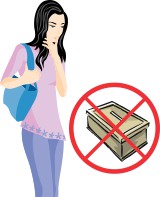 That’s the second best you can hope for but you still haven’t thought about all those voters who stayed home.

See, social media will keep that core of disenchanted voters alive. Sooner or later, we will elect a populist candidate. And we will throw out all your party hacks.

The Arab Spring can become the American Fall. You whining 4-year-olds won’ get a time out, though. That means actual jail time.

1 thought on “The Campaign of 4-Year-Olds”