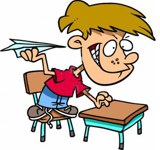 Back in the 80s (that would be the 1980s for those in school now), our local high school had more than a few problems. Test scores were down. Graduation rates were down. “Post-secondary attainment” was down. Teacher salaries were down. Community involvement was down. School morale was down. We fixed it.

“A college education has spoiled many a good garbage collector.”

Our solution was to bring together a bunch of parents of middle school age kids to form what ended called the “Parent Support Group.” I always thought it sounded like a warm and fuzzy safety net encounter group but I was the first chair of this gang and got outvoted.

These were the Go-Go 80s. No, not the heady, speculative 1880s when real estate prices went berserk and steam trains rumbled west. As Tom Brokaw said, “Money was flowing out of Wall Street for Bacchanalia.”

It wasn’t flowing to Vermont.

I thought Management by Wandering Around could have. Maybe a little Theory Y. And some old-fashioned MBO. For building rapport in a team or a community, it sure beat hiding behind closed doors.

7th grader Jimmy Kominsky set a goal to do his homework every day.

Missisquoi Valley Union High School was about a decade old, then, a “new” school for the area. It had Florida architecture with circular brick pod-like turrets clustered to face out toward the invading hordes. It was a district school with three feeder towns, rather than the very local Town K-12 school with the schoolmarm living above your neighbor’s garage. The enrollment averaged about 1,050-1,100 students in the mid-80s. My memory pegs the annual budget at around $2 million then (the Inflation Calculator tells us that $2 million in 1985 dollars would be $4.4 million today).

Part of our charter as the Parent Support Group was to be a Booster Club to bring the community back in. MVUHS has a stunningly excellent theater; our arts council started there with the Franco Voyageurs, the Ketch dance troupe, McGill Jazz, Vermont Symphony performances, and more. Good arts and good sports bring people into the building and enrich the kids. They can even improve school revenues.

Part of our charter as the Parent Support Group was to give the then-new “Middle School” its own identity. Somebody had decided kids in 7th and 8th were too young to mingle with the older high school students and the idea of a “junior high” was demeaning. 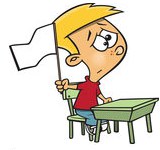 Oh, I understand all the buzzwords, that middle school is student- not subject-oriented and “emphasizes affective development” and that “teachers and students work together in interdisciplinary teams” with experiential learning and teamwork and that the awful junior high was subject- and teaching-centered with nothing but traditional instruction for hours and hours per day. Junior high kids have to suffer through study halls and homerooms.

8th grader Brown Connery set a goal to skateboard in the snow.

You’d think it was impossible to do any of the neat, new wave, high tech schooling in the Junior High building. Moreover, I still wonder why kids in middle school today have lower achievement than kids in junior high did a generation ago.

Back to the story.

The school pulled the 7th and 8th graders out of gen pop and gave them a pod of their own. Teachers shuffled around so a dedicated group shepherded these kids for those couple of school years. And we parents supported all that with in- and after-school activities.

We had music and art. We had trips. We had clubs including a goal-setting club. I don’t remember if there was a fishing club but I do remember math and cooking and tutoring and shop. Come to think of it, I don’t think we had a rocket club. Missed the boat there, we did.

Jimmy Kominsky’s goal to do his homework, no matter how tired he was after school, was because he was bored. “It’s so boring to sit there wasting your time,” he told me, “but it’s better than learning to flip your eyelids inside out.”

Jenny Laroche had some trouble finding a horse to foal. This is dairy country and there were fewer horses around even in the 80s than ever before. Benoit Laroche (no relation) let her stop every day after school. Benoit milked about 100 head, a fairly large farm for the day, and had six Morgan horses he used for sugaring.

Brown Connery failed at skateboarding in the snow but he learned enough to skateboard on it. That wasn’t magic, but common sense. He and his dad cleared out some space to set up a small skateboard yard with flatbottom, a nice downslope, and hard, grindable edges. It was winter-ready because he had a really big shovel.

Jimmy is 43 this year. He never did learn to flip his eyelids but he did learn to swallow swords. I ran into him again this spring in Key West. He works the slack wire in Mallory Square most evenings. He owns a house and has two kids in the Horace O’Bryant School there.

Jenny is 44 this year. She went to UVM and then Cornell and is a large animal vet in Alaska.

Brownie never did invent the perfect skateboard but he moved halfway down the Banana Belt, that part of far western Vermont where temperatures are more clement. He drives a truck over the road and serves on the school board in Bridport, I think.

Overall, the Parent Support Group was a success.

Those early middle schoolers set goals for their own enjoyment. They saw rising test scores right through graduation. Commencement rates came back up. More than half went on to some form of higher education. Neighbors as well as parents attended the musical and sports and shows there. School morale came up.

Things have changed at schools in 30 years. The 2015-16 enrollment at MVU is 930 students with a student-teacher ratio down to an amazing 10:1. The 2015-16 budget is $15,231,150. USNews reports the College Readiness Index at 23.5, the mathematics proficiency at 1.7, and the reading proficiency at 2.8. In the New England Common Assessment Program, 16% of Missisquoi Valley Union 11th graders are now Substantially Below Proficient in reading and 51% are now Substantially Below Proficient in math (that’s more than half the kids for those in that category). If you add up the bottom two categories, one-third of MVU 11th graders are now NOT Proficient in reading and 80% are NOT Proficient in math overall.

There must be a lesson in there somewhere but it’s up to you young parents to solve. See, I have a different emergency. I ran out of cookies.

Next up, what Vermont’s governor and I were joking about on stage in 1984.