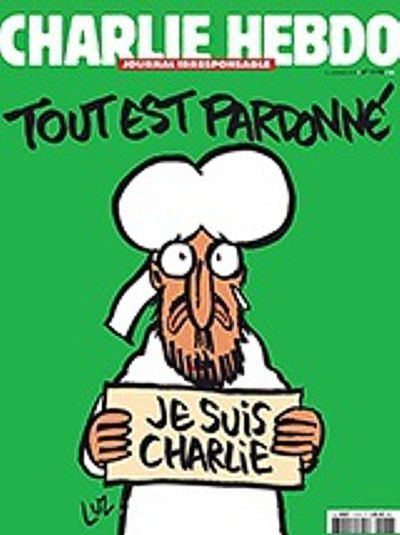 This latest cover of Charlie Hebdo has been published in advance by the French media. Outside France, the Washington Post, Corriere della Sera in Italy, Frankfurter Allgemeine in Germany, and the Guardian in the UK are also publishing the cartoon. As am I.

I’ve never read Charlie Hebdo but its satirical and stridently left-wing cartoons, reports, rants, and jokes are as crucial to our free and open exchange of ideas as this Perspective is.

It is intolerable that anyone would apologize for or even tolerate a religion that systematically murders those who oppose it. And waiting for God to let the thugs know that they’re getting Virginians rather than virgins is just too little, too late.