I often listen to the public radio broadcast Science Friday because it offers an ADHD overview of stories of discoveries and applications each week.

The show did the usual year-end-round-up last week: “What stories grabbed your attention this year? Was it the ongoing Ebola outbreak in West Africa or the European Space Agency’s successful landing on a comet?” How about the fairly long list of scientific retractions? SciFri host Ira Flatow and his panel of science writers from Astronomy Magazine, CNet, and Scientific American buried the lead as they discussed these big stories from 2014.

The big story? Science is self-correcting.

Ebola did get a lot of attention in the MSM. The outbreak continues in West Africa. We tried a variety of experimental therapies and worked to contain, rather than cure, Ebola. And we made mistakes.

From the Sudan outbreak in 1976 that killed a storekeeper in a cotton factory in Nzara and 150 other people to British nurse Pauline Cafferkey who is now undergoing treatment at the Royal Free Hospital in London, researchers have examined and tried a long list of protocols, treatments, potential vaccines, and drug therapies.

There is still no effective medication or vaccine.

Scientists have (and have had) a lot of ideas about this particular hemorrhagic virus but no final answer yet. After decades of research and work, we know how to eradicate polio, malaria, measles, rubella, and whooping cough. Parents who refuse vaccination have led to a resurgence of diseases unseen for decades in the United States from measles and mumps to Hepatitis B, rubella, and pertussis. Doctors continue looking for answers.

But what about the mistakes?

The scientific method, paraphrased, is “Keep poking the bear. Eventually you’ll get him in the cage.”

You might lose some body parts along the way but, eventually, you will close the cage. Or at least have a good scientific theory.

The Scientist published the Top 10 Retractions of 2014. The two biggest were arguably stem cells and the Big Bang.

Nature published and then retracted two papers from Haruko Obokata in which she claimed she had developed Stimulus-Triggered Acquisition of Pluripotency (STAP) cells from mouse cells. Science had earlier rejected one of those manuscripts for being too flawed to publish.

Astronomers announced in March that they had found ripples in space-time from the earliest moments of the universe. Scientists announced in April that the ripples may be little more than galactic dust.

These retractions aren’t the big news of science.

“It’s sort of a story of how science is self-correcting sometimes,” Ira Flatow said in the round-up.

I love phlogiston theory. Sixteenth century scientists believed that all combustible objects contain a unique element they called phlogiston. It’s released during burning, the theory goes, and fire can’t happen without it. We know better now.

Nineteenth century scientists believed the planet Vulcan orbited between Mercury and the Sun. French mathematician Urbain Jean Joseph Le Verrier proposed its existence because scientists of the day were unable to explain the peculiarities of Mercury’s orbit. (Einstein’s theory of general relativity now explains why Mercury bounces around the Sun.) We know better now. (Of course, there is still the question of Pluto.)

Nineteenth century scientists also believed the Martian canals, the apparent network of gullies and ravines, were anything from Interstate Highways to a sophisticated irrigation system. We know better now.

Twentieth century scientists believed that the size of the universe was constant. Since the total volume of the universe was fixed, the whole universe operated as a closed system. The Static Universe is often known as “Einstein’s Universe” because he incorporated it into his theory of general relativity. We maybe know better now. 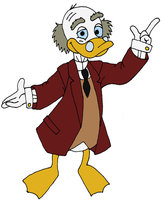 Seventeenth century political scientists of the Inquisition under Pope Paul V ordered Galileo Galilei to recant his theory that the Sun, not the Earth, was at the center of the universe. He was placed under house arrest for life. He was lucky not to have been placed on the rack for heresy.

Remember that the next time some solar denier like Ira tells you “Science is self-correcting but climate science is fixed.”