Winter is here! Tra la, tra la! I shall go to the beach to celebrate!

The Winter Solstice arrived last night at 23:03 p.m. “UTC” here in South Puffin. That would be 6:03 p.m. in real Eastern Standard Time here. Why did the New World Order change from GMT to UTC, anyway? What on earth was wrong with Greenwich Mean Time?

The winter solstice marks the shortest day and longest night of the year but sunsets are already getting later. 4:14 p.m. EST in North Puffin and 5:40 p.m. EST here today. Tell me again why we don’t have Daylight “Saving” Time year round? A 6:40 p.m. sunset sounds pretty good to me.

My shadow on the beach at noon yesterday and today will be the longest of the year.

The rain over the southeast has broken up and spread out a bit — it was pretty heavy as far south as central Florida last night. A lightning strike at an NFL game in Tampa almost hit seven fans.

It was 17° and foggy in North Puffin this morning which is 10° warmer than yesterday. The first day of winter there will be partly sunny with a high of just under freezing on nice light southeast winds. On the other hand, it was 75° here when I first checked. Here in South Puffin, we do have a slight 10% chance of showers coming in on southeast winds but I’m seeing partly-to-mostly sunny with the high temp topping 80°!

I like to hit the beach in late afternoon.

My beach faces south into the Atlantic that divides us from Cuba (Cuba is closer to Key West than Walmart). The navigation channel is a hundred yards or so off shore so we get some interesting boat traffic.

Our osprey came a’calling a couple of times recently. He landed on the roof one day, but chose a palm frond the next. That big bird bounced the palm enough that I got seasick. 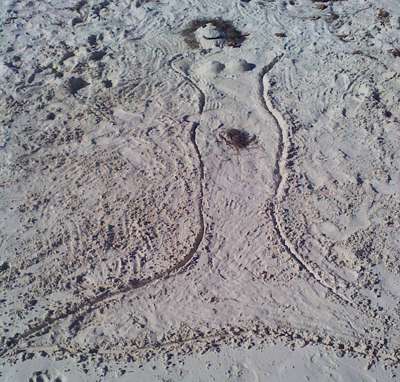 Two women and two kids were there the other day. Both kids and one of the women went in the chilly 70° water, That woman did it clean the sand out of the top of her bathing suit. See, she had been shelling and dropped the shells into her top.

A friend saw something very seal/walrus like rolling around amongst the bait fish but I missed it.

Despite all the attractions, my beach is the most relaxing place in the islands. 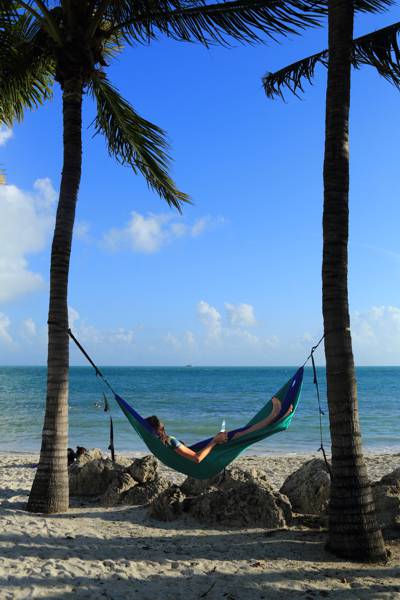 Low tide is at 2:34 p.m. and high at 9 so the most beach will be about when I’m swimming this afternoon. And I shall do the Penguin Plunge on Christmas Day.

3 thoughts on “Winter Is Here!”