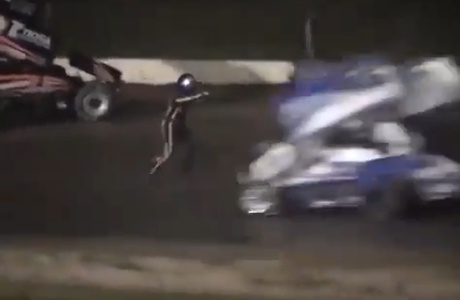 According to this story, some tracks are making it a rule that a driver can’t get out of a wrecked car unless directed to do so by safety personnel.

Sorry, boys. The rule you already had — the driver must get off of the track immediately after exiting a wrecked car — is the right rule. Wrecked cars sometimes catch fire. You do not want to sit in them patiently. Get out, get off the track. Kevin Ward got half of that right. The other half is what got him killed.