“I had occasion to visit another blog for the first time in months,” my friend Dean “Dino” Russell said. “Either he has gone onto a tangent or else I have lost cognitive ability but I guess that is what bloggers do.”

I never do that. Last week, for example, I wrote about gas price gouging. This week, I shall share recipes for making cheese from mouse milk.

“Unfortunately I do not have access to lactating mice because I have them fixed almost at birth,” quoth Dino. “Now, if you ever do an Arts-and-Craft posting about tanning and using the tender skin of mouse scrotum for making everyday undergarb, then I’ll tune in.”

Coming soon, but that requires some high precision research and a government grant. 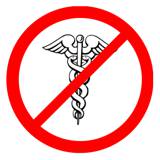 Meanwhile, speaking of high precision research and government grants, Anthem Blue Cross/Blue Shield of NH became the Granite State (Slogan: No Choice or Die)’s only medical insurer on Saturday. The lack of insurance choice disappoints consumer and small business advocates, not to mention many actual patients, but it surprised no one. Only one company will sell insurance through the new online marketplaces required under the Obamacare “overhaul” of the healthcare system.

Looks like New Hampshire employed the same strategy that didn’t work next door in Vermont.

Vermont laws whittled our choices down to one several years ago to force consumers onto a state plan. Voters rebelled but now, 21 years later, Gov. Peter Shumlin is poised to deliver a rout: no choice in insurance.

The history: The Vermont legislature created the Vermont Health Care Authority in 1992. That mostly-political body was to chart the course for health care reform. One of Vermont’s first reform actions was to pass laws that chased insurers out of the state. Then-state Sen. Cheryl Rivers (D-Windsor) and then-Gov. Howard Dean (D-VT) aggressively championed ideological health care changes.

The VHCA was the most highly centralized and powerful state agency in the country. They had regulatory and policy authority. They issued certificates-of-need and cut hospital budgets. They could change non-group community ratings of insurers. They expanded Medicaid access, developed uniform benefit rules and a global budget, and prepared two universal access plans.

Some on both sides of the aisle say they dumped a bunch of bad law. I believe the idea of giving the VHCA at least half a billion or as much as a billion 1994 dollars every year scared them all off. That’s more than the State of Vermont spent on everything else.

Vermont has bounced back, over the objections of the No-Choice Democrats who want one single one-size-fits-all plan with one payer for every man, woman, and child in the state. There are half a dozen companies offering a variety of private PPO and HMO plans now. As an aside, conservative Arizona still has 15 private plans plus a couple dozen more operating under Medicare/Medicaid.

Perhaps New Hampshire can bounce back.

I find it interesting that the “Pro-Choice” party is so determinedly No-Choice on every other issue. Don’t you?