“We really hope for an overtime game,” one of the reporters said.

Like 111 million other red blooded Americans, I’ll tune in, although I almost never watch football and I still think the Baltimore team should be the Colts.

NFL Commissioner Roger Goodell is addressing player safety including his plan to have an HGH testing program in place for the 2013 season, neurologists on the sidelines, and talks with NASCAR and others about equipment. From shoulder pads to the “Rooney Rule” to the low hit rule, football rules are ever evolving.

Racing Gets Safer
The Parisian magazine Le Petit Journal held the world’s first motoring competition in 1894; sixty-nine cars vied to start the 127 km course from Paris to Rouen but only 25 ran.

Attilio Caffaratti was the first reported fatality in racing. He crashed in the Brescia-Cremona-Mantova-Verona-Brescia in 1900. The French Gran Prix killed Antonio Ascari in 1925. Jim Clark died in a Formula 2 race in Hockenheimring in 1968 and Jerry Titus at Road America in 1970. Mark Donohue died practicing for the 1975 F1 race at Österreichring. The 2001 Daytona 500 claimed Dale Earnhardt. Dan Wheldon died in a 15-car IndyCar crash at Las Vegas in November. 56 drivers have died in major races at Indianapolis Motor Speedway, 48 at Nürburgring, 30 at Monza, and 24 each at Daytona and Le Mans.

State of the Art
Where better than auto racing to learn about safety equipment?

“Those early helmets were like wearing a flower pot on your head with leather straps,” NASCAR Champion driver Ned Jarrett said. “At the time, we felt like it was the state-of-the-art helmet because that was about all you could get.” Sort of like the helmets high school kids used for football when I was in school. It wasn’t until recently that oval track drivers were required to wear gloves.

The history of auto racing saw crash helmets arrive in the ’40s, roll bars in the ’50s, the roll cage in the ’60s. Sports Car Club of America recommended a roll cage (but required only a braced hoop toll bar) when I built my first A-Sedan Camaro in 1971; I installed a full cage similar to NASCAR’s full enclosure with door bars and a snoot hoop. That saved my bacon at Charlotte Motor Speedway.

OK, now it’s time for the important part of the day. 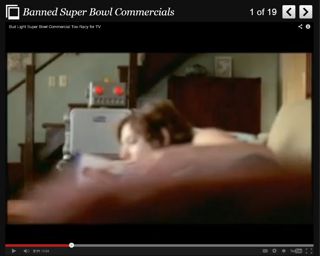 There is still time to sign the Declare the Monday Following the Super Bowl a National Holiday petition at whitehouse.gov.

The 55th annual Daytona 500 will begin at 1 p.m. on Sunday, February 24. That’s the day after the petition drive ends.