Have you ever noticed?

Here in South Puffin I would generally watch “Local 10 News at 6” except Local 10 News at 6 doesn’t start at 6. The little flag in the corner of the screen includes a clock that tells us it is 5:59 or even 5:58 when anchor Laurie Jennings says, “The 6 o’clock news starts now!” 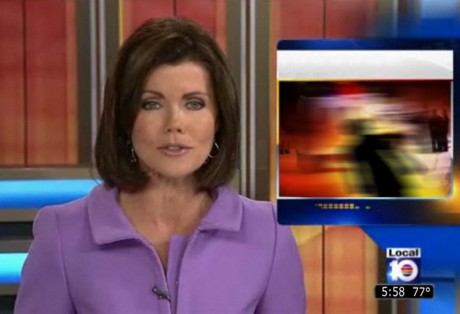 WPLG in South Florida, home of Local 10, isn’t the only offender. Have you ever noticed that CBS even named its flagship news magazine for a stopwatch but every time Andy Rooney wasn’t available to fill his time slot, 60 Minutes would run about 52. Now that Mr. Rooney kvetches on an entirely different channel, 60 Minutes consistently stops at 52 and fills the remaining 8 with commercials plus 7 seconds of Scott Pelley reminding us to join him next week for all 60.

And we’ve all experienced the spate of prime time shows that started a minute early or ended a couple of minutes after the hour, just to mess with programmers on the other networks.

It messes with our recorders, too.

I don’t like missing the first minute or two of meteorologist Trent Aric’s tropical forecast when it leads the local newscast. I hate missing that last minute of House or Harry’s Law when Fox or NBC inches the clock ahead.

There is nothing more important in broadcast than the clock on the wall. Nothing. Not the Costa Concordia lawsuit. Not Lindsay Lohan’s probation status. Not even the anchor’s hairdo.

My friend Dave Kimel taught me that at WWSR when we talked about public service advertising. “Emerson [Lynn, publisher of the St. Albans Messenger] can always add another page to the newspaper,” Mr. Kimel said. “But we can never, ever add another minute in the day.”

I know that Mr. Kimel and I can tell time. I wonder why ABC et al can’t?