We used to call it our “privates” because we (allegedly) value our privacy and don’t want to show off our, well, junk.

Everybody in the known universe (except in Andromeda) knows that Facebook and privacy don’t mix well. Frankly, the Innernoodle and privacy don’t mix well but that’s another story. Facebook is >||< close to settling with the Federal Trade Commission after the FTC charged the social networking site with issues related to your privacy and mine. See, Facebook has access to a lot of our junk and they keep changing how they will display it.

Facebook founder Mark Zuckerberg reminded PBS viewers that everything Facebook knows about us is everything we have put there. Other companies, he said, like Microsoft and Google and Yahoo, “have search engines and ad networks, have a huge amount of information about you. Its just that theyre collecting that information about you behind your back really. But you never know that its less transparent than what is happening at Facebook.”

I can keep my junk hidden from the Interwebs simply by not using the Interwebs. No Facebook. No Google. No online bill paying. No Netflix streaming. 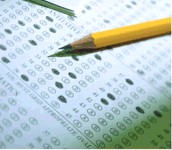 Meanwhile, the bank known as Chase Manhattan until it merged with J.P. Morgan a decade ago, is one of the Big Four banks of the United States. I’ve been a Chase customer since I got my first “BankAmericard” in the late 1960s.

I can keep my junk hidden from Chase as long as I send in the “opt-out” form. Every five years. Unless they ask for it more often. Like tomorrow.

The St. Albans Messenger reports that the village of Richford has become the first northwestern Vermont community to install law enforcement surveillance cameras on its streets; their two new cameras cost five grand (money that was to have underwritten a second constable). The live video feeds directly to the Sheriff’s Office via the Internet. U.S. Border Patrol and Vermont State Police also have access to the feed. The cameras were installed as a “safety measure” in response to concerns from residents about area crime but not all residents are happy about the cameras.

Richford officials remind us that Richford is not the first to have cameras trained on its streets. Public Access TV has cameras looking at the streets in both St. Albans and Enosburg, officials said. The fact is that those cameras were not installed at taxpayer expense and those cameras don’t feed Law Enforcement.

The World Naked Bike Ride got me thinking about this question I found online: “Imagine that you live in a place where public nudity is not only legal, but also socially acceptable. Assuming that the climate is favorable, how often would you be totally naked in public?”

In that case, I’d opt in to show off my junk.