Dreaming? I’m pretty sure this would keep me awake at night.

“You remember your dreams in a lot of crazy detail,” my friend Diana Bauer said. She lives up where the air is thin and dreams find it harder to escape.

I pretend mine are interesting but I have trouble remembering them. Often a lot of trouble.

She suggested a dream journal.

Night 1: I wasn’t particularly tired but I got to sleep as quickly as usual and remember waking just once around 2:00 local time. I may have awakened somewhere in the middle of a weird traveling dream because it got split into two different episodes.
Night 2: More normal except for a wackadoodle dream in which I really did think I was in a different house/apartment/hotel suite when I got up to pee and was completely surprised that I knew where the bathrooms were.
Night 3: I had trouble getting to sleep and think I woke early. The worst came when I dreamed I woke an hour ahead of the alarm. I was in North Puffin, in my study, when I realized I was up so early. I spent some of the extra time vacuuming. Now I feel as if I slept only about two hours all night.

Wait. I want to remember that?

A dream diary (or dream journal) is simply a log “in which dream experiences are recorded. A dream diary might include a record of nightly dreams, personal reflections and waking dream experiences. It is often used in the study of dreams and psychology. Dream diaries are also used by some people as a way to help induce lucid dreams. They are also regarded as a useful catalyst for remembering dreams. The use of a dream diary was recommended by Ann Faraday in The Dream Game as an aid to memory and a way to preserve details, many of which are otherwise rapidly forgotten no matter how memorable the dream originally seemed. The very act of recording a dream can have the effect of improving future dream recall.” 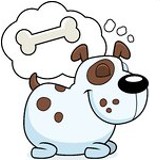 We humans average five sleep cycles per night with a period of REM sleep at the end of each cycle. Most people dream for 100 minutes each night. The closer it is to morning, the longer your REM sleep is and the closer to remembery your dreams become.

“If you have trouble remembering dreams, you can use a lucid anchor. Anchoring comes from the fascinating branch of psychology called Neuro Linguistic Programming. Just before you go to sleep, choose an object that you can see clearly from your bed. This is going to be your anchor” the World of Lucid Dreaming tells us.

I’m hoping I don’t have to sleep with a night light.

I was awake out of an action-adventure dream for both our South Puffin trash trucks 20 minutes before the alarm.
At the end of the dream I was defending a storefront from a gun attack by people we probably knew but knew we wouldn’t recognize. Somehow I twigged that it would be a Bonnie and Clyde team and that the bonnie looked like Johnny Depp. Then I was snuggling with SWMBO, trying to get some rest before the attack, when I woke.

Wait. I’m not (particularly) Freudian, nor do I play a shrink on TV. Why do I want to?

I can’t repeat my pornographic dream in this family-friendly forum but strong men expressed surprise and women left wailing.

I have always had the idea that once, just once, I’ll dream a story I can write and sell. Awake or asleep, we writers are dreamers. I want to forge a link between the imagery and symbolism of my dreams so perhaps a story or a novel will spring “fully found” onto the page with no work beyond transcription on my part.

It’s not so far-fetched. Stephen King told Naomi Epel In Writers Dreaming, “… I had a dream about leeches inside discarded refrigerators. I immediately woke up and thought, ‘That is where this is supposed to go.'” That took his novel, It down the road to the publisher. Ms. Epel discussed dreams and the roles they play in their work with Maya Angelou, William Styron, Art Spiegelman and 22 other writers.

I’ll be satisfied, though, with “just” a plot point or a look at a character’s back story.

It was a two-memorable-dream night. I don’t know why I keep having traveling dreams but this one was fairly realistic except for the hotel part.
I was at a hotel trying to get the truck packed for a road trip. Anne and a couple of others kept distracting me. She wanted to look at this, pack that, go here, do the other thing. In the middle, an arts council sponsor called me and I had to talk him into running a TV story about the Rotary Home Show. I had accomplished that and it was only 3:00 in the afternoon when one of the gang traveling with me told me the camping trailer I was towing was on the road, ready to hook up. I was to take it to Watertown NY on my way to South Puffin. Watertown is west, and nowhere near anywhere I might have been going.

I have always had the idea that once, just once, I’ll dream a story I can write and sell. This Dreaming piece may be it, but I’ll keep trying anyway.