Last month, I talked about the best technique to handle spam/scam/sham calls. I.Don’t.Answer.The.Phone.

She Skyped me in tears.

Missy wears bling which dangles and jangles when she dips her minnows out of the bait tank so she’s always fun to watch. She usually prefers to talk about fishing and motorcycles and her job so I clicked out of my Facebook news stream and paid attention. 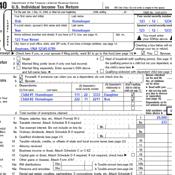 The FTC announced it will “crack down” on bill collectors. In fact, they announced 30 new law enforcement actions last week as part of a joint effort among federal, state and local authorities to crack down on troubling practices such as false threats that people would be arrested or have their wages garnished, and harassing phone calls. It even shut down a dozen “rogue” debt collectors who will spring up tomorrow under a new name. The 30 brings the total number of actions the group has taken against debt collectors up to 115 so far this year.

Meanwhile, Congress just gave bill collectors free rein. Nestled in the “emergency” budget bill (that would be emergency budget bill #8,752) were a few paragraphs that amended the Communications Act to exempt debt collection robo calls. This change will open the door to millions of Americans being targeted with automated debt-collection calls on everything from back taxes to student loans to mortgages.

On top of that, the IRS will go back to using outside collection agencies, despite the fact that previous programs failed twice. Plenty of people in and out of Congress oppose the use of outside bill collectors, but not Sens. Chuck Grassley (R-IA) and Chuck Schumer (D-NY) (Motto: “We’re from the Government. We’re Here to Help YOU!”). Also thinking they are “Your Voice at the IRS,” Sens. Grassley and Schumer snuck that one into the Highway Funding Bill.

And we think Congress can’t get stuff done.

Side note: According to data from the Council of Better Business Bureaus debt collectors have dropped to fifth place — out of 3,959 industries listed — among the most complained-about service providers by consumers. That places these collection agencies one step above used car dealers and two steps below cable companies and the U.S. Congress.
The FTC receives more complaints about debt collection companies than any other industry. Apparently the FTC doesn’t accept complaints about the U.S. Congress.

There is good news for Missy.

The IRS will never call you without first sending a letter. Usually several increasingly intimidating letters. At least not until now.

A collection agency will never call on behalf of the IRS. At least not until now.

If you get one of these calls and you know you don’t owe taxes, report the incident to the Treasury Inspector General for Tax Administration who goes by the cool acronym “TIGTA” (800.366.4484) or visit tigta.gov.

Sadly, thanks to the U.S. Congress, it will be harder now to tell the bad guys from the scammers.