The Post-Tribune reported on a murder and nobody cared.

Other than the fringe bloggers, no one is outraged that three men choked and shot 24-year-old Jacqueline Gardner to death and stole the tip money she earned as a waitress. 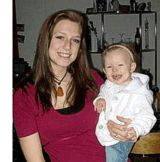 Ms. Gardner suffered and died right outside her Hidden Lake apartment. Her 8-month-old daughter, Alessandra, will never know her mother. Her 4-year-old daughter, Bobbie, will remember her mother and wonder why no one cared.

No one held vigils. There were no demonstrations. Social media was silent.

Where was the NAACP after that 2012 murder in Schererville, Indiana? After all, they were outraged in Florida over Trayvon Martin’s death. Where was Bill Moyers? He, too, was in Florida to deplore the George Zimmerman verdict. Where was Alec Baldwin? OK. Alec Baldwin was making another commercial; no one cares what plane he was on.

Where were the 47,800 outraged tweets per minute, tweets that surpassed the peak for the Sandy Hook massacre?

Where was Ellen Page (@EllenPage) who tweeted “If u really believe racism isnt a massive problem, that the oppression of minorities is not a horrific and systemic issue. U R in denial.”

Where was Dwyane Wade who asked, “How do I explain this to my young boys????”

Where was QTip who wrote “Can’t be surprised… Black life has no value in this country,” in a tweet that was shared more than 2,000 times?

Where was Barack Obama who could have adopted this young woman from his own Chicago metropolitan area “who could have been [his daughter]”?

I know where they were. They were nowhere to be found.

They were nowhere to be found because Jacqueline Gardner was a woman. Women get killed sometimes.

They were nowhere to be found because Jacqueline Gardner was white. Whites aren’t victims.

They were nowhere to be found because Stephen Lee Henderson, Michael A. Craig, and William Blasingame III, all charged with the murder of Jacqueline Gardner, are all black. In the universe of the 47,800 outraged tweeters per minute, even black murderers are the victims and “it’s not fair to play the race card.”

Even Google is nearly silent about Ms. Gardner’s fate.