Liz likes to label this laddie a Luddite. 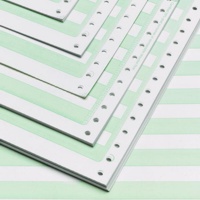 Au contraire, Ms Arden. We didn’t and frankly still don’t need a microwave oven but I knew I wanted a computer at home since I traded my first box of punch cards for a banner.

I may have been the last kid on the block with a kitchen nuke but I had the first personal computer. See, I’m an early adopter when it suits my purpose. And I lust for a twin-post lift.

I love tools which is the primary reason I have a barn. It has a wall roughly down the middle with a big bay that takes up the entire east half of the building. That main work space has shelving and a welding station on one side and shelving and cabinets on the other with room to work on two cars or to build one 30′ boat in the middle. The other side of the wall has three rooms: a wood shop with table saw and a radial arm saw with a 14 foot feed table; a middle “assembly room” with two workbenches, my rolling tool chest, and lots of drawers and shelves and cabinets; and the “clean room” where I originally built engines but that now is the final resting place for 286, 386, 486, and Pentium-based computers.

That makes me more gadget junkie or tool boy.

Tools separate us from other life forms (sorry, your remote control is not a tool). I don’t care if orangutans can Skype with other orangutans over iPads, I can do it better.

I don’t own an iPad or other tablet (yet) but I did replace my third Palm Pilot with a first generation iPod touch a couple-three years ago. I loved that Palm because it did absolutely everything I wanted a PDA to do. The Tungsten series was Palm’s line of business-class Palm OS-based PDAs. It had a decent color screen, enough storage for my stuff, and would sync with my computer with no more effort than plopping it in a charging cradle. And an app called Documents-to-Go could do almost anything in a business doc I can do on the desktop. Did I mention that my Palm did absolutely everything I wanted a PDA to do?

Except work with Windows 7.

So I “upgraded” to an iPod. iTunes more-or-less runs in Windows 7. Docs-to-Go didn’t work in my iPod’s older IOS but I found a workaround. I could sync my business files and shopping list via Dropbox and open them with an app called Plain Text. And its podcasts single-handedly changed the way I listen to the radio.

I can’t always have the tools I want so I found a lot of workarounds. I have, for example, several floor jacks.

Anyway, Ms. Arden has heard me gunching about how the old IOS couldn’t run this app and couldn’t do that. Heck, it couldn’t even Skype. She thought I needed a new one.

I hadn’t paid much attention to the ads. Oh sure, Steve Jobs would come out on stage every so often and extol all the gee whiz stuff but I didn’t much care. After all, it’s just an iPod, right?

Well, no. iTunes Terms and Conditions have changed since I accepted them 4 hours ago.

It has Nike+ support built in.

Oh. Never mind. I wear Reeboks. When I wear shoes.

It syncs calendars and contacts with Microsoft Exchange over the air.

I hadn’t really paid attention to the fact that this thing has cameras. I shot video of the concert last night. That blew me away.

It has bluetooth, Wi-Fi, and USB, as well as the usual apps (a browser, email, iTunes, Photos, Maps, Calendar, calculator, and Contacts). And it runs Docs-to-Go and the new Words with Friends. And there’s a feature called Find My iPod touch…

“You really like that iPod, don’t you?” Ms. Arden asked this morning.

Rufus just bought one, too.

Speaking of tools, I also bought a new chainsaw last week. Ethanol-based gas has eaten my “real” saw so I slapped myself a couple of times and ordered an electric. It makes 4 horsepower, needs a 10 gauge extension cord, and has an 18″ bar. I pretty much have to take the tractor to anywhere I need to cut trees so I can run the chainsaw off the generator.

Unfortunately, the Estimated Arrival Date is now Aug. 28 – 30 which means I could chew down the trees faster.

Maybe I could just talk SWMBO into that twin-post-lift in the meantime.