One of the cops running for Monroe County, Florida, Sheriff told an election forum that it’s common to have 13 deputies with 13 supervisors on any shift. “One supervisor for every deputy isn’t right,” he said. The current undersheriff, also a candidate, said studies show the Sheriff’s Office division of ranks is very similar to other Florida departments of equivalent size. 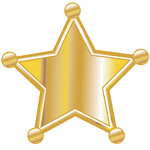 Each Florida county also has municipal departments. Key West P.D., for example, has 108 employees and Key Colony Beach another five. And we haven’t counted the state police, the highway patrol, or the FDLE.

BSO revenues are about $65 million annually (BSO receives about $700 million each year).

As a point of reference, the Franklin County, Vermont, Sheriff’s Office is the county’s primary law enforcement agency. Franklin County has about half the Monroe County population at 47,806, and 23 FCSO employees. Even counting St Albans City P.D., Swanton P.D., there are fewer than 70 law enforcement personnel in total. Even the Vermont State Police has fewer troopers statewide than any one Florida county.

FCSO revenues are about $2 million annually.

As a side note, every organization of long standing will swell its supervisory ranks; good people need promotions or they don’t stay. And more supervisors need more people in the trenches to, well, supervise.

Sheriffs are usually the only county-wide “local” law enforcement agency. The Staties can be run anywhere in the state and municipal police officers report to town/city officials. Sheriffs Departments provide civil process, law enforcement assistance to small towns, help with emergencies such as the recent Floods, perform death investigations, and help stranded motorists.

Most sheriff’s offices provide law enforcement services under contract to municipalities and townships in their County. Each Vermont sheriff may receive up to 5 percent of the value of the contracts as an “administrative fee.” Reports are mixed on the administrative fees available to sheriffs in other states.

All of that adds up to a single question:

Is Vermont under served or does Florida generally and the Keys in particular have way more policing than anywhere else in the nation?

2 thoughts on “I Can’t Count That High”